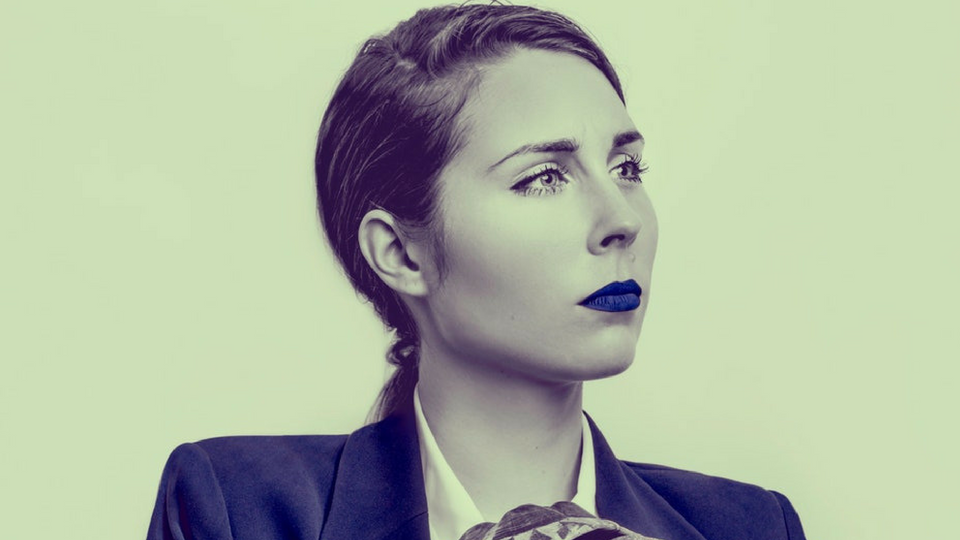 Stevie Martin’s debut show is one of the best debut solo shows I’ve seen at this year’s fringe. Pure entertainment, she has a unique comic identity that shines through her work, matching the surreal with cutting wit and silliness.

Already an established writer and performer (which includes work as part of sketch group Massive Dad), Stevie has lots to say and hopefully has many more volumes in store. Now is the time to like, subscribe, share and follow her on her journey.

Her avant-garde and nuanced sketch creations take us through a series of openings, supremely subverting the usual formulaic and predicable debut hour structures.

Sketches range from the TED talk on women in film, (why can’t we just drive women to these films?What if the woman doesn’t want to be in a film because she’s a lawyer?) to her satire of a columnist blogger Pippa, a corporate PR machine who’s life seemingly eclipses the self-worth of the much more human interviewer.

Stevie is an excellent writer, incorporating clowning, physical comedy, sketch, stand-up and remarkable props (she makes them all herself apart from one contribution from fellow performer Ben Target – no spoilers here, but lets just say he’s keen to know it’s been put to good use).

This show has exceptional production values. We’re treated to excellent sound design, audio visuals and even dry ice. Stevie wants the audience to have a good time and fully commits to ensuring everyone leaves having had just that. A human berocca, her energy knows no bounds. Catch this show while you can for a guaranteed pick-me-up that is a polished gem of a debut show, with much more to come.