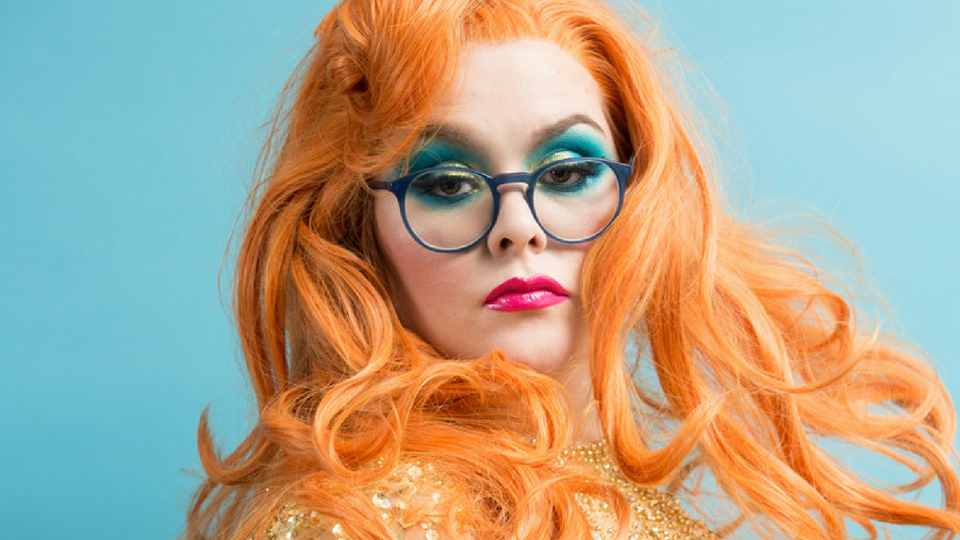 Jayde Adam’s exuberant poster for The Divine Ms Jayde does not mislead the audience as we are treated to a show every bit as vibrant and entertaining as it promises.

Flamboyant, glitzy, elaborate, this show could easily be at home at the London Stadium, following in the footsteps of Beyoncé’s OTR II tour. Much like Beyoncé, one of the show’s muses) Jayde even has her partner in tow (comedian Rich Wilson, who incidentally reminds us he is also gigging at the fringe – 18:15 @ Sneaky Pete). Wilson, affectionately referred to as Pudding, is first seen in a full bodysuit covering his face, so as not to detract from the prisms of light refracting from thousands of glittering crystals and glitter on Jayde’s exceptional costumes.

The Chortle 2017 Best Newcomer nominee has gone all out and does not disappoint. She is able to pair a phenomenal voice with her sharp-witted lyrics and comic writing built around her life. We are taken on a whirlwind tour of the diva’s Bristolian roots to a back-drop of show-stopping music by Olivier Award winner Richard ‘Jerry Springer: The Opera’ Thomas. Delivering with charm, we get to know more of what she loves about her home town to what this comedic deity cannot tolerate (acknowledging the grey area of feminism when she doesn’t fancy going to the shops in the rain when it’s her turn).

There is a fantastic rapport between Adams, Thomas, Wilson and the audience, who seamlessly collaborate to provide a polished crowd-pleasing performance. Who knows what’s next – a comedy opera, a Las Vegas residency, a chat show – anything given the Jayde Adams treatment will be nothing short of divine. We’re lucky to have this all-round entertainer in our midst and you will leave feeling energised by her many talents.