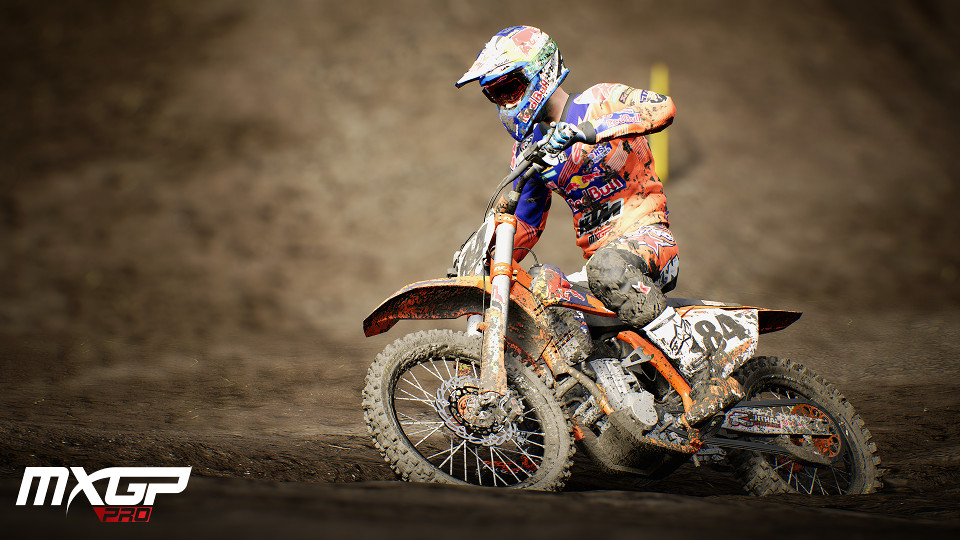 When I was asked to review MXGP Pro I was genuinely unsure of what to expect. I have previously reviewed MXGP3 which was one of the worst sports games I have ever played and MotoGP 2018 which was one of the best. All of these games have been developed by Milestone so I had no conception of what this game would be like.

Firstly, I should start off by saying that in case you are unaware of the sport, MXGP Pro is a Motocross simulator, Motocross being a form of dirtbike racing using huge hills and jumps as well as extremely tight turns. In the previous review of this game series I commented on how poor the control was and how maddeningly inconsistent the game physics were. These were significantly better in MotoGP 2018 but then again that sport has more in common with Formula 1 than it does with MXGP, vehicles aside.

Firstly, I have to say that the free roam compound has been significantly improved. Previously this was just a play area where you could ride around and get to grips with the control as best you could, this has now been expanded to allow you to get to grips with all the different types of track and surface that you will encounter throughout the game. Additionally, there is now a proper tutorial that you take whilst in this area which teaches you not only the control fundamentals but the fundamentals of the sport; for example, I had always believed that it was a benefit to be in the air as long as possible, this was proven to be untrue. The tutorial is well paced and provides a steady progression in terms of skill required to allow players to get fully on board with the control and the game itself. There are issues around loading times if you fail an objective but I will come to that later on.

Onto the physics. This time the game comes with the new updated Pro Physics. Gone is the frustrating lack of ability to control your bike, particularly with regard to clutch control and braking. Though this means that timing is now more important than before, it certainly enhances the realism of the experience. The general control of the bike has been improved also and this makes racing far more a test of skill rather than luck. I do still find it frustrating that sometimes a collision with another bike will send you spinning off but other times it has no effect but given the general improvements I am inclined to believe that this is deliberate and perhaps related to the speed and steering occurring at the time of each collision. It is also possible to customise the physics from the game’s pre-sets meaning that if you are having persistent trouble with one particular aspect you can change that to allow yourself to enjoy the game relatively frustration free.

Graphically the game is impressive and certainly looks and feels like a genuine Motocross event. Each rider looks distinct and as you make your way through career mode you will see the crowd begin to take on more and more of your colours and memorabilia as you become more successful. This is a nice touch and does add to the general all round feel of you improving as a player. The customisation options on the character and the bikes themselves are great and really do look as they are supposed to. Each one is individual and takes into account each of the thousands of customisations possible. Even the weather effects look great and it is nice to see that weather conditions appropriately affect the way you have to ride. This is something else that you are able to hone in the free roam compound.

Now, onto the negatives. The main issue I have with this game is with the AI. The other riders seem as though they are just carrying on around the track on a preset path. They don’t deviate from this nor do they ride tactically. I know that the game is entirely different but you never see this in games like Mario Kart where, even though it is a fun/fantasy race, the other drivers all behave independently. Here however it becomes clear very quickly that you are the only one with any free will or strategic thinking. As mentioned before the other drivers also seem to be unaffected by contact from either you or from eachother. This can become frustrating and does begin to feel as though you are at a massive disadvantage, particularly since you will want to take the racing line often and you know that your competitors will already be crowding that space. When you make a mistake and are punished for it, that’s expected, when a computer player knocks you off due to its mechanical drive path and they carry on as though nothing has happened, that’s unbelievably frustrating!

View some MXGP PRO screenshots in our gallery:

I also have to mention that the load times between races and even during the tutorial are far too long. You can be waiting minutes for the races to begin which on a console like this I just don’t expect anymore. It was a throwback to the old PS1 days when you could select your race, pop off and make a cup of tea and still be back in time to begin. This is worst in the tutorial where you can miss your task completion deadline by half a second and then have to wait for an age for another chance to have a go again. Why couldn’t this have been instant? I have played so many games with similar systems where as soon as the timer finished you are transported back to the starting line for your countdown. Why this couldn’t be the case here is beyond me. For a high octane sport, this has a habit of killing the fun.

Overall, MXGP Pro is certainly a big improvement over MXGP3. This time I felt like I could genuinely get good at the game and begin to make progress in the career mode, which I did. The physics have been improved and the graphics (which were impressive to begin with) have had a further facelift. The AI is the big issue here and it really does stop this game being up there with Milestone’s MotoGP offering. It is far too rigid and becomes boring and frustrating in equal measure fairly quickly. Once the novelty of the jumps has worn off we are left with an underwhelming feeling. It’s good, it’s just not as good as it undoubtedly could have been.

MXGP Pro was reviewed using a digital code supplied by the publisher.