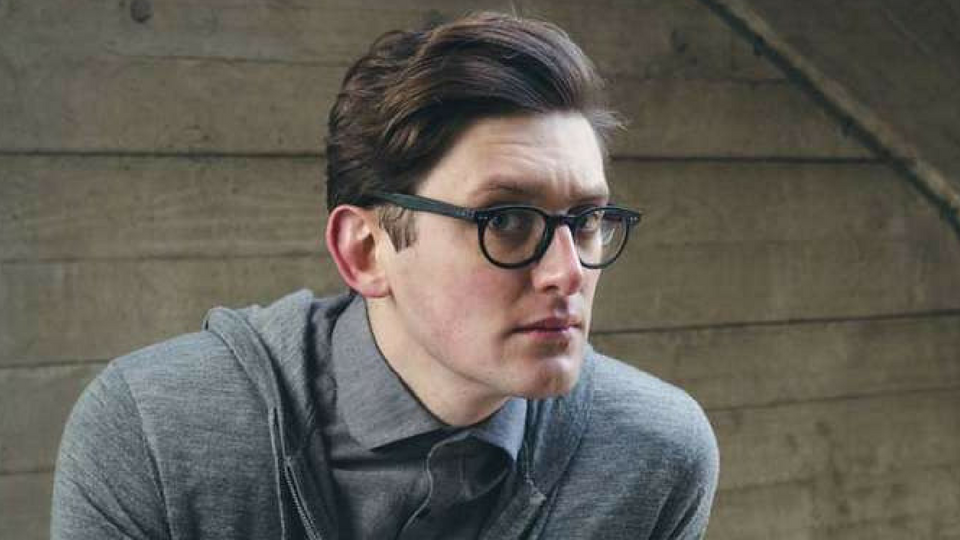 Critically acclaimed character comedian, and writer on BBC Two’s The Mash Report, Tom Neenan returns to Edinburgh with new show It’s Always Infinity. A one-man play to poke fun at one-man plays, and men in general. Tom, the narrator and star of the show, is keen to prove that he is ‘one of the good guys’. He insists that he’s putting the spotlight on toxic masculinity, the domination of the male creator and showing that, ultimately, men really just need to listen more carefully to women.

Tom Neenan announces at the top of the show that this is an ‘open letter’ to his girlfriend Hannah who’s recently mysteriously vanished without trace. All Tom’s had as a clue is a text from Hannah with the three cryptic words: ‘It’s Always Infinity’. The explanation is left brewing throughout the show, which I shan’t spoil here because the pay off is just about worth the wait.

As Tom welcomes the ‘people and gentlemen’, he insists that he’s a feminist, an advocate of women, and warns that ‘this show may disturb the patriarchy’. Tom’s deliberately pricking all the buzz words you see flying around on social media. He even issues a humorous trigger warning. Humorous to all except those in need of trigger warnings, of course. Tom’s concerned with passing the Bechdel test, too. If you aren’t aware, the Bechdel test determines whether a piece of fiction has included two female characters talking to one another for more than two minutes without discussing a man. Tom pokes fun, exploring how a one-man performance can achieve this as he shoehorns in cliché dialogue between two female characters talking about each other’s clothes. Some might view Tom’s tongue-in-cheek show as somewhat reductive to the big debates that are raging but that’s what comedy’s greatest power is. Tom’s simplifying, highlighting and pointing out how daft, and insulting to the intelligence, many male feminists can appear when they ‘mansplain’ feminism. You can’t help but feel a knowing smile spread frequently across your face as Tom’s interesting hour develops but it is, sadly, lacking in truly big laughs.

Tom knows that he can he bring very little to the heavy topic of toxic masculinity except his own ‘nice guy’ perspective. He playfully uses technology, cleverly sewing comedy seeds throughout the narrative, bringing unexpected callbacks as the crowd makes sense of where he’s going with it all – and where the heck Hannah’s got to. By the end of the show Tom’s quite literally stripped bare, desperate for answers, for Hannah to return and for the audience’s approval. Tom certainly earns our amused approval, even if he does lose some dignity along the way.