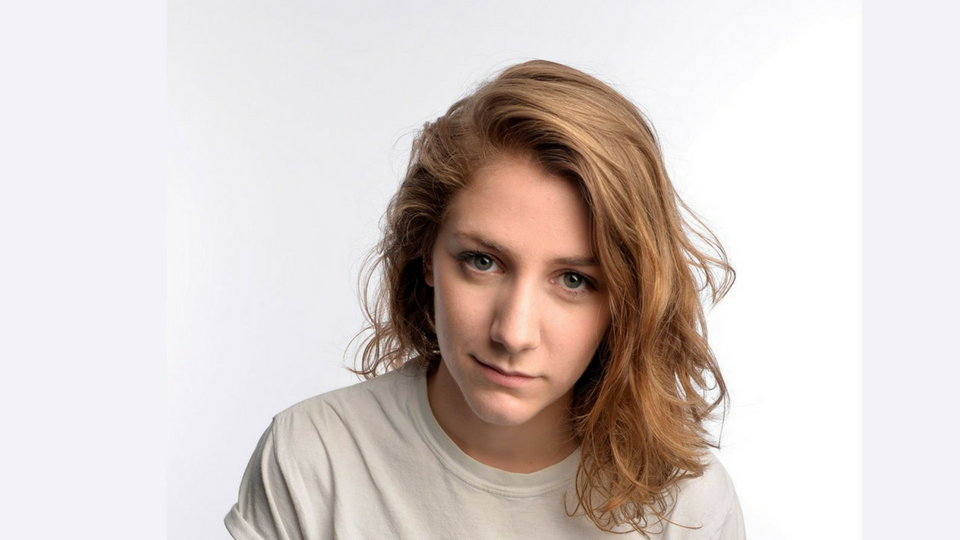 Sarah Keyworth’s debut show is an extremely funny, current, nostalgic and immersive piece of work that carefully initiates audiences into the complexities of gender expectations.

She throws the audience into the big questions from the get-go with a question asking us about our views on unisex toilets, her charming delivery catching us off-guard and filling in the gaps of our own beliefs. She has a fantastic skill for comic pacing and delivery that is refreshing and inclusive; she carefully unpacks gender and sexuality in a way that is accessible to every human being. It’s not hard to listen when you are presented with the comic musings of someone who appears as an off-duty rock-star (like an outward-looking and compassionate Alex Turner). And, there are plenty of laughs to be had.

Comedy audiences are a broad church, and Sarah is able to level the playing field by skilfully bridging any gaps through personal accounts from her childhood, along with getting under the skin of her role as a nanny. She lays bare her own preconceptions around the children she looks after and how she herself was won round to their innate characters. Heartrendingly, she is able to reveal how gender social constructs are affecting the boy and girl she looks after, and who count her as family of their own.

This isn’t just about gender and sexuality but the importance of spending time with children in a world that is extremely busy and incapable of adapting to the pace and inquisitiveness of children in their formative years. It is telling that the little girl that Sarah mentions in her stories couldn’t remember where she picked up the word ‘slut’ due to the comings-and-goings of adults in her world (there is a mention of an ‘office party’ that takes place in the family home, a sure sign the child’s parents have careers that spill into domestic life). Understanding comes with time and creating the space to learn from and laugh with each other. There’s a lot to learn from just listening to children. And no better hour spent at the fringe than in the company of Sarah Keyworth.