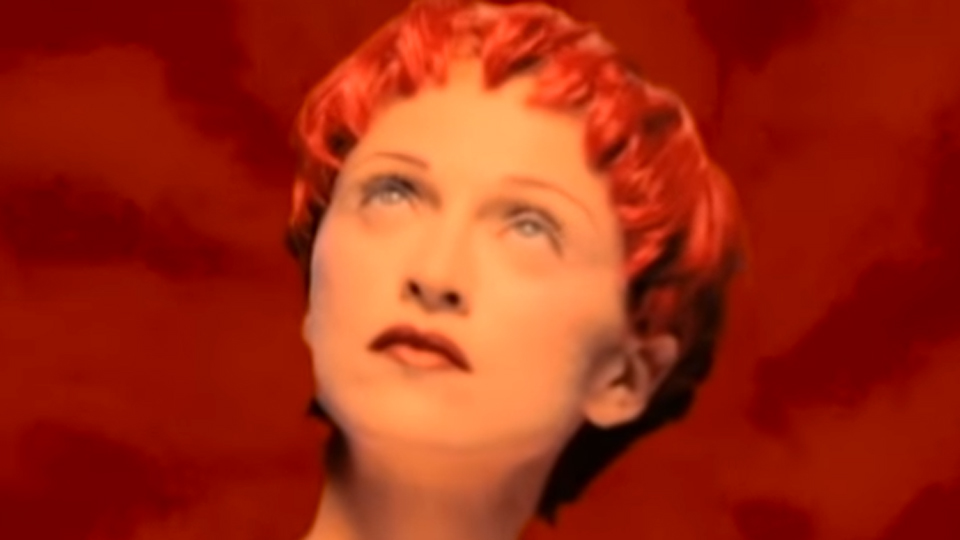 Today we reach the letter F.

F is for Frozen.  Madonna’s career was still going strong in the 1990s but it appeared her popularity was on the decline with Erotica and Bedtime Stories selling less well than her previous albums in the UK.  The lead single from her Ray of Light album, Frozen, soon reinstated Madonna as the Queen of Pop.  The William Orbit produced track is a mid-tempo, cinematic masterpiece with a haunting, magical video where a witch-like Madonna morphs into a flock of crows.

The letter F also gives us Madonna’s cover of Fever by Peggy Lee and her duet with Justin Timberlake 4 Minutes. Did we choose the right track?

Let us know @entfocusmusic and remember to add #MadonnaMonth as well as tell us what we should choose for the letter G.