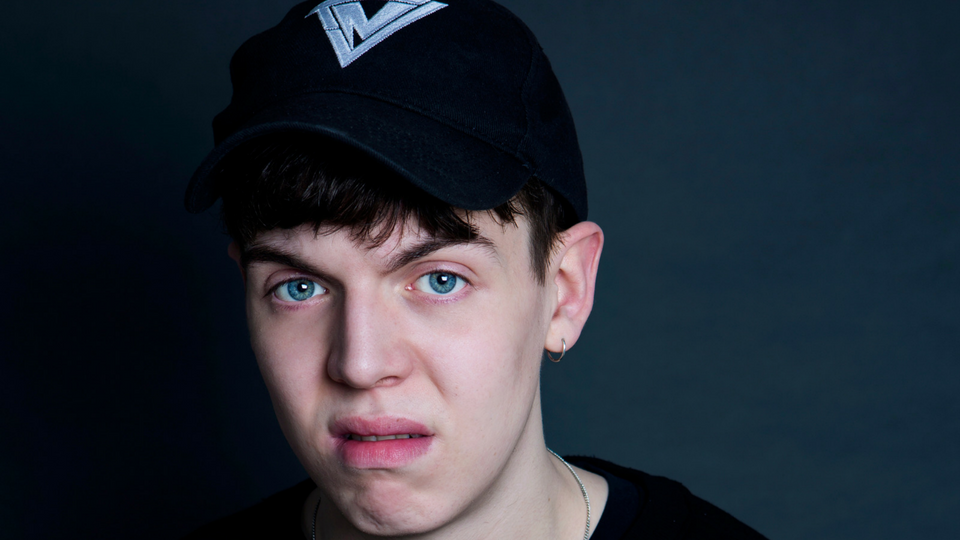 He’s a no-nonsense performer and, when he gets repeatedly interrupted by a drunken woman on the front row, he swiftly takes control with a killer put-down linking the reason Ed doesn’t use Tinder and the woman’s rowdy declaration that she met her partner on the app. The crowd applaud, and Ed laps up the glory for his off-the-cuff remark. ‘You’ve no idea how much I love this job,’ he declares. It really does show, despite his hangover, that he enjoys working up a crowd and getting thoughts off his chest.

Described often as being ‘wise-beyond-his-years’, I find that phrase does Ed Night and ‘today’s youth’ a disservice. Observing how the world works, rather than looking solely inward and snapping endless selfies, shouldn’t be something older generations are astonished by in anyone under 25. This is Ed’s second solo hour at the Fringe and, in an extension of his 2017 Best Newcomer award nominated show, Anthem for Doomed Youth, he turns his particular attention to plausible deniability and taking responsibility.

Ed despairs at keyboard warriors believing a retweet counts as activism. As celebrity after celebrity turns out to have a shitty secret, Ed laments on plausible deniability, attacking the hypocrisy in the world of media and big businesses who conveniently choose which crimes to condemn, and which to turn a blind eye to.

Considering Ed’s turned his back on Catholicism, his moralistic musings occasionally sound like a sermon. The laughs ease off as Ed reflects on society’s passive acceptance of bad things happening so long as it doesn’t rock our own tiny existence. Ed is a realist. The world’s at fault and it’s nothing new. Ed rounds up the hour quoting Sophie Scholl, the 21-year-old Jewish activist who, together with her brother and friends, printed and distributed anti-Nazi leaflets in 1943 Munich. Sophie was subsequently executed, dying for her beliefs. She said: ‘How can we expect fate to let a righteous cause prevail when there is hardly anyone who will give himself up undividedly to a righteous cause?’ There can’t be many young comics talking about big ideas with such eloquence, especially not with a killer hangover.