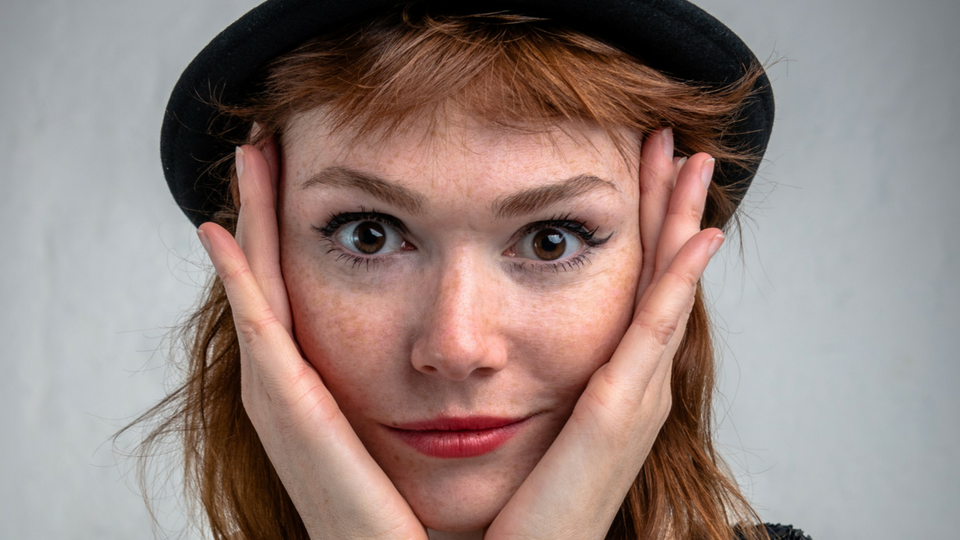 The Chiffchaff is a small, European migratory bird with ‘dull’ olive-brown colouring named after its distinctive call, which is described as ‘monotonous’. I didn’t realise ornithologists could be so bitchy. By contrast, when the birdlike Elf Lyons takes to the stage to call our attention, it is anything but monotonous. With wickedly sharp and confident timing, and flashes of dark humour, she shows off a talent for physical comedy that’ll leave you bracing yourself for big laughs. Perhaps Elf’s a little envious that the Chiffchaff bird can flit between Europe and Britain without concern for a passport and, considering the dry content of her attempt to turn Economics into a musical, she’s giving a subtle warning about the lecture that lies ahead.

If all lectures were like this, no student would skip them. Since studying at the prestigious L’Ecole Philippe Gaulier (a school where you’re encouraged to clown around!), Elf’s been rising through the comedy ranks, nominated a finalist in the Funny Women competition in 2013, she’s performed at leading arts festivals all around the world and Elf’s fourth solo show, Swan, gained her an Edinburgh Comedy Award nomination for Best Show. This year, Elf’s having a ball on stage as she thrusts blow-up dolls into the unsuspecting mouths of the front row, accidentally-on-purpose flashes her knickers during a vigorous punk rock performance and proudly declares, ‘I’m everyone you’ve ever met on a night bus!’ She’s absolutely spot on, except she’s not got the drink to blame (one would hope).

This hour sees Elf pull on a glitzy dress and her dancing shoes, turn the crowd into her orchestra and even the most depressed economy into an uplifting, entertaining cabaret. Petula Clark’s Downtown becomes Downturn, Elf declares Let’s Get Fiscal (Moneytalk) followed by the most titillating version of If I Were A Rich Man you’re likely to see at The Fringe (this year, at least). All this plus uniquely niche charades in which Elf will mime any economic theory of our choosing. The fun builds to a finale that is a roaring success, even if the same can’t be said for the current state of the global economy.