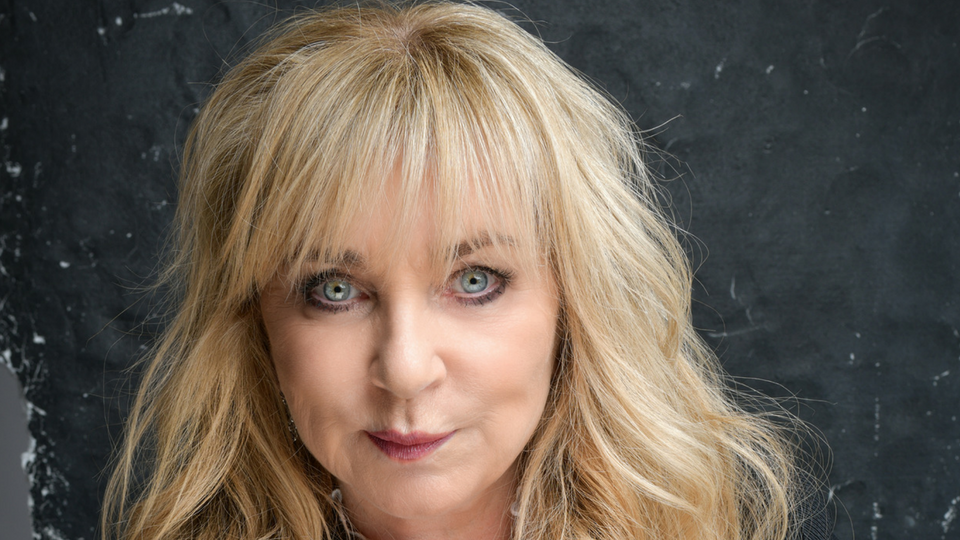 Comic actress, writer and off-the-wall raconteur Helen Lederer is best known for her role as Catriona in Absolutely Fabulous. Part of the Comic Strip crowd who made their names at London’s Comedy Store in the 1980s, she performed her solo act on ITV’s Saturday Night Live. Helen’s appeared in The Young Ones, French and Saunders, Happy Families, One Foot in the Grave, Bottom, Love Soup, Miss Marple and, er, Hollyoaks but we’ll forgive her that (if the fee was decent). When Helen began, nearly four decades ago, just three women were doing the rounds on the comedy circuit. Think about that for a moment. It’s phenomenal that the Edinburgh Festival Fringe, now in its 71st year, not so very long ago had a zero female comedy acts on stage. Presumably, there were still plenty of tits performing, though.

Helen’s achievements are a testament to her power to adapt. Like the Madonna of the comedy world, she keeps on coming back with a revived look and ever more fabulous hair. Over the years Helen Lederer’s done stand up, sketch comedy, acting, written a novel, made a ‘Splash’ on reality TV and, now, she returns to The Fringe after a fourteen year hiatus.

Why, you might ask, is Helen doing this to herself? Quite simply, she wants to ‘live in the moment’ and see how the game compares to when she started out. At 63, she plans to get everything off her chest before she forgets anecdotes and punchlines it’d be a crime to waste. Providing a backdrop to the stage is a striking 5ft tall caricature poster of Helen, with those truly hypnotic eyes fixed on the crowd, we’re already mesmerised by the time Helen steps up to the mic. Addressing the sell-out crowd on her opening night at The Underbelly, she seems at first like a rabbit caught in the headlights, startled that anyone’s turned up.

Helen’s monologue runs at the pace her sharp-witted brain moves – fast! The audience try to catch up with her train of thought, but it’s like one of those speedy Pendolinos, we’re all swaying from side-to-side to keep from toppling over. Far from senile, Helen’s fully switched on. Helen powers through the narrative detailing her love life (she married, got pregnant and divorced within a year), career ups and downs (with particularly worrying forced ups and downs during a brief time as a masseuse), her weight losses and gains (the pressure on women to shrink their bodies at any cost hasn’t changed in over 30 years). It really is no wonder Helen has to occasionally consult her notes and ask the crowd for prompts, practically heckling herself as she berates her brain. It’s this endearing, somewhat scatty, persona that wins over Helen’s audience and, without it, her intelligence could prove intimidating. She was once referred to as ‘high maintenance’, which Helen believes translates to ‘woman with an opinion.’

And boy, does she have a lot to say! Watching Helen’s mind whir, her mouth in overdrive, is like the rat-a-tat-tat of a machine gun as she fires off hilarious nods to comedy chums Ben Elton, June Whitfield, the late great Rik Mayall and many more. Don’t be mistaken, though, this show is all about Helen. It’s not a cheap tactic to cash in on gossiping about her peers. Far from it, the narrative is peppered with laughs at her own expense. Dealing with anxiety, visiting a therapist, taking slimming pills, getting a gastric band, battling sexism and, to top it all off, the ultimate irony and insult of being bumped from a panel show, set to discuss the lack of women on panel shows, in favour of Maureen Lipman.

Rattling off each witty reference or sly dig, Helen’s charisma and intense, ice-blue eyes carry you along on the crest of her comedic wave. An abrupt finish leaves us feeling both dazed and wanting more. Of course, covering nearly forty years in an hour is a near impossible task but, somehow, Helen manages it. It’s all true, she insists, and she is a true comedy heroine. They don’t make ‘em like this any more. Try to catch her while you can, that is, if you can keep up!

Between August 21-25 you can also see Helen Lederer Asks Why The Fuss? where, on the free Fringe, Helen will be in conversation with special guests (TBC) at The Pear Tree, West Nicolson St, Edinburgh, at 2:45pm.

Advertisement. Scroll to continue reading.
In this article:Edinburgh Festival Fringe, Helen Lederer, I Might As Well Say It, Underbelly