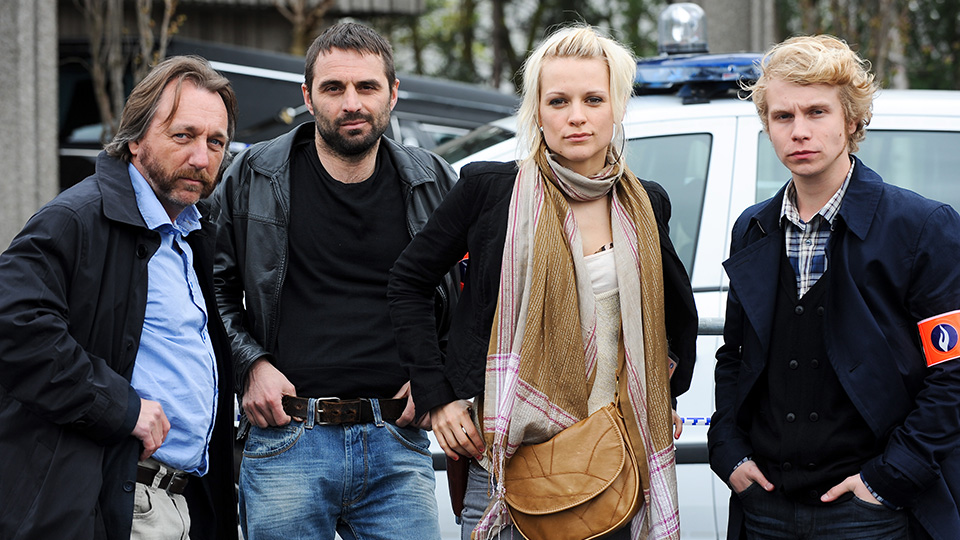 Are you ready for your new Belgian crime drama obsession? Walter Presents is bringing Code 37: Sex Crimes to More4 from 17th August 2018.

Following in the footsteps of Rebecka Martinsson, Rough Justice and Dicte, Code 37: Sex Crimes is a female-fronted crime series centred around Hannah Maes and the team of men she manages. The series stars Veerle Baetens, Michael Pas, Marc Lauwrys and Gilles De Schryver.

Hannah Maes is a sharp and prodigious detective who leads an all-male police sex crimes unit and, at times, must battle the men in her squad as they challenge her ability to lead. However, they all have one common goal: find those responsible for these abhorrent crimes.

When the body of a 35-year-old headhunter – who was also a mother and wife – is found dead in a hotel in Ghent, the immediate assumption is that she is killed during erotic asphyxiation. For Hannah, this is a good enough reason to take the case from her colleagues in homicide – it needs specialist analysis. Her team have reservations about this move but have no choice but to follow their boss. During the investigation, it soon becomes clear that the victim was a nymphomaniac who led a double life. Who did she have a one-night stand with that proved fatal for her?

Veerle Baetens, who leads the cast, will be familiar to audiences from her work in other Walter Presents dramas Tabula Rasa and The Team.

Code 37: Sex Crimes will be playing in full on More4 from 17th August at 9pm.