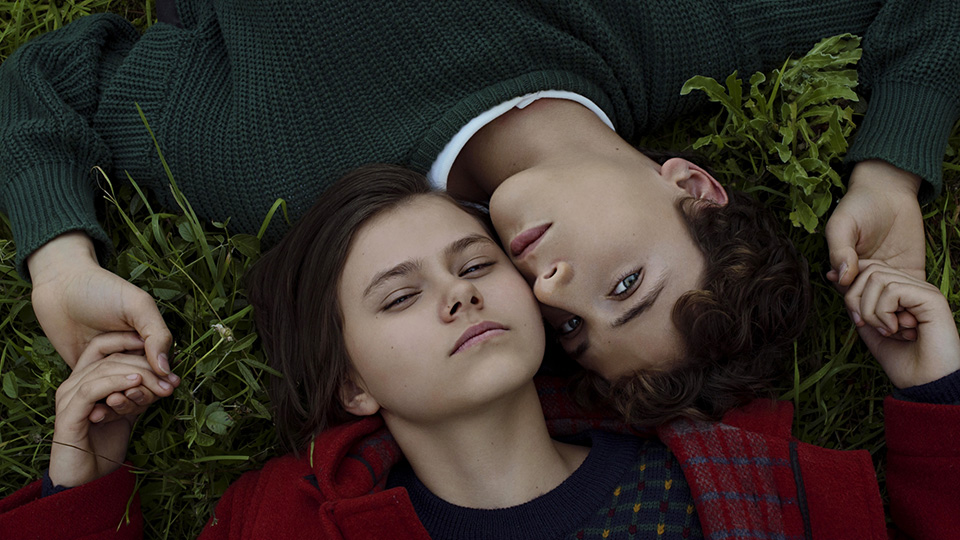 Sicilian Ghost Story is an unusual and almost enchanting interpretation of one of Sicily’s darkest and most gruesome crimes. Rather than follow the familiar beats of most Mob thrillers, Sicilian Ghost Story opts for blending genres by becoming more of a dark fairly tale, akin to Pans Labyrinth rather than the usual over-glamourised mafia pics.

Luna is a 12 year old school girl besotted with her classmate Giuseppe. Forbidden by her Mother to see him, Luna and Giuseppe manage to meet up and form a special bond with the fruits of young love blossoming. They visit a nearby forest, she writes him love letters and finally she becomes entranced as she watches him ride his horse at the family estate. Things take a mysterious turn when Giuseppe stops attending school and, as the weeks pass, Luna starts to question the authorities around her when teachers and parents alike barely batter an eye lid at his unexplained disappearance.

Loosely based on the real life case from 1993 which saw 12 year old Giuseppe Di Matteo kidnapped by the mafia and held captive for nearly 800 days when his father becomes a ‘supergrass’, directors Fabio Grassadonia and Antonio Piazza, follow up their acclaimed Salvo by venturing outside the normal tropes of a mafioso film and into a world more often visited by the likes of Guillermo del Toro. It’s here that the film becomes more of a Gothic horror tale, mixed with elements of a teen romance as Luna searches desperately for Giuseppe within the hidden forest and it’s nearby surrounding lake.

And so what starts as a touching tale of first love slowly descends into much darker places as the town’s adults remain silent on the kidnapping, too proud to break their Sicilian code and Luna starts to lose her mind as she falls into the depths of despair which are portrayed on screen in a mix of dreams, nightmares and unsettling hallucinations.

Supernatural, mysterious, intense and sometimes very uncomfortable to watch, especially towards the end, Sicilian Ghost Story moves along at its own pace, powered along by heightened sound effects and a moving score. Together with some gorgeous cinematography, Grassadonia and Piazza have crafted a wholly original and deeply evocative film, one of the strongest foreign language releases of 2018 thus far.

In this article:Sicilian Ghost Story