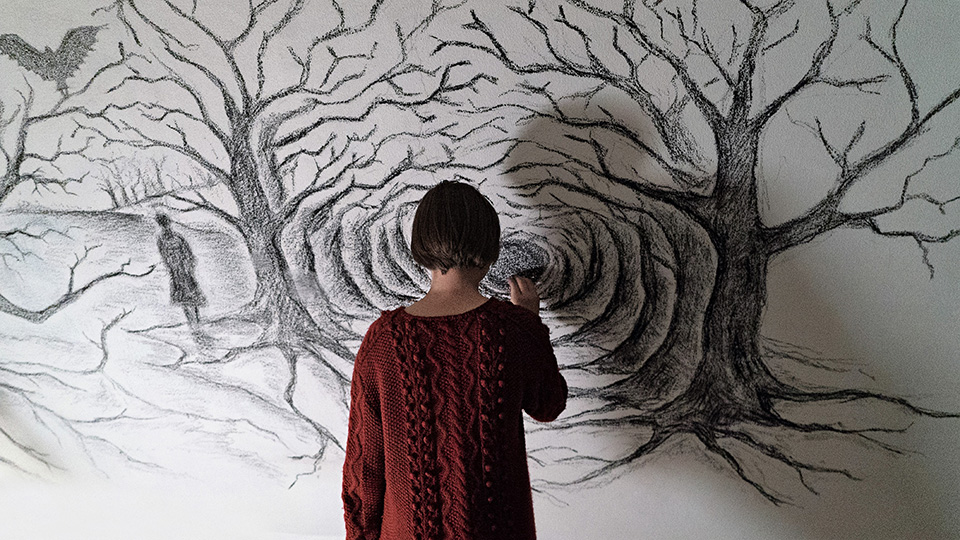 Sicilian Ghost Story, from film-makers Fabio Grassadonia and Antonio Piazza, will be released in cinemas and digitally on 3rd August 2018.

The film was inspired by the true story of Giuseppe Di Matteo, whose father Santino Di Matteo was a Mafia supergrass.

Giuseppe is the 13-year-old son of a Mafia hitman, turned informant. When he disappears, it is assumed he has been kidnapped by his father’s former bosses. Giuseppe’s girlfriend, the determined Luna, battles her mother (some kind of wicked witch) and the police authority’s sloth and corruption in her search for him.

Cleverly plotting her relentless quest, while her imagination conjures up mysterious and magical visions of where Giuseppe might be, Sicilian Ghost Story contrasts these fantastical worlds with the grim reality of the boy’s cruel captivity.

“We wanted to tell a tale in an unexplored Sicily, a Sicily of dreams.
A brothers Grimm world made up of forests and ogres that collides with the reality that our land necessarily contains,” said Grassadonia and Piazza.

Take a look at the UK poster for Sicilian Ghost Story below:

Take a look at some images from the film in our gallery:

Advertisement. Scroll to continue reading.
In this article:Sicilian Ghost Story