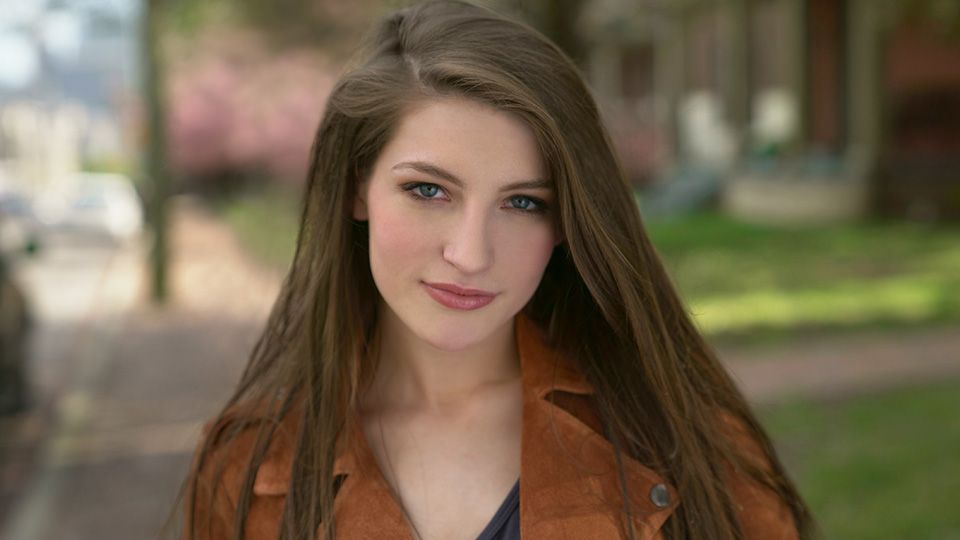 It seems like Catherine McGrath has been popping up everywhere for the last couple of years. One of the leading acts on the UK country music scene, she’s relentlessly honed her live performances through supporting artists like Dan + Shay and Canaan Smith, as well as appearing at a string of festivals and headlining her own nationwide tour. Now she’s releasing her long-awaited debut album, Talk Of This Town.

The album includes a mix of previously released tracks from McGrath’s two EPs as well as several new songs. It opens with the title track, a midtempo pop-influenced number which sees McGrath singing about defying those who said she’d never make it. The song shows off McGrath’s smooth sweet vocals well and I like the glimpse of her sassy side in the lyrics too.

Whilst McGrath is perhaps better known for her ballads, recently she’s been releasing more upbeat songs, and the record has a good balance between the two. The driving The Edges mixes details with big pictures alongside its puzzle metaphor, with a lovely lightness to it, whilst Lost In The Middle is a shimmering, wistful ode to the power of country music and the twangy Just In Case shows off McGrath’s playful side. I also liked seeing her embrace different influences, particularly on the biting, swaggering Good Goodbyes which reminded me a little of Maren Morris, and the rocky guitars on Good At Love.

However, McGrath’s strengths particularly come to the fore in the slower songs. The piano-led Wild shows her skill as a storyteller with its clever Coldplay references and breathy, dreamy vocals, and Thought It Was Gonna Be Me captures the bittersweet feeling of seeing an old lover to find out they’re with someone new. Meanwhile Don’t Let Me Forget, her duet with Hunter Hayes, is a laid-back, lilting track which has a strong folk influences and a really nice blend of vocals. The arrangements are a lot more simple on the ballads, which helps highlight the delicate, soft qualities of McGrath’s voice.

For me the standout song on the album is Dodged A Bullet. Almost a mirror image to the previous track – the anthemic, Taylor Swift-esque Enough For You – the song sees McGrath feeling the pull of a toxic relationship after leaving it behind. It’s much darker than many of her previous songs and McGrath has great control throughout, yet still brings out the emotion and anguish of wanting to go back yet knowing she shouldn’t. There were some great turns of phrases in the lyrics – particularly ‘if you gave back all the pictures why do you still have my heart’ – and I found the song incredibly powerful. Another highlight is Cinderella, which has been reworked for this record with distorted vocals and added strings, giving it a richness and highlight the romance and optimism of the song.

The final track on the album is She’ll Never Love You, another early release which has been tweaked for the album. It starts off with a simple piano-led arrangement before breaking into a upbeat, challenging chorus that contrasts with the lightness in McGrath’s vocal. The end of the song, as McGrath asks an ex if he’s still thinking about her, is an intriguing one to finish on, suggesting she’s not necessarily going to play nice any more. It highlights the narrative thread running through the record and gives a sense of starting anew, which left me wanting more.

Overall Catherine McGrath has made a solid, polished pop-country album which plays to her strengths and shows plenty of promise. Whilst it’s not perfect – her vocal gets a little lost on some of the songs and the pattern of pulling back to just her voice and guitar or piano on the bridge gets a little repetitive – I felt she struck the right balance between uptempo songs and ballads and it was nice to see different sides of her personality coming through across the record. It’s clear she’s grown hugely as an artist over the last couple of years and I’m intrigued to see where she’ll go from here.

See Catherine McGrath live in the UK this summer: