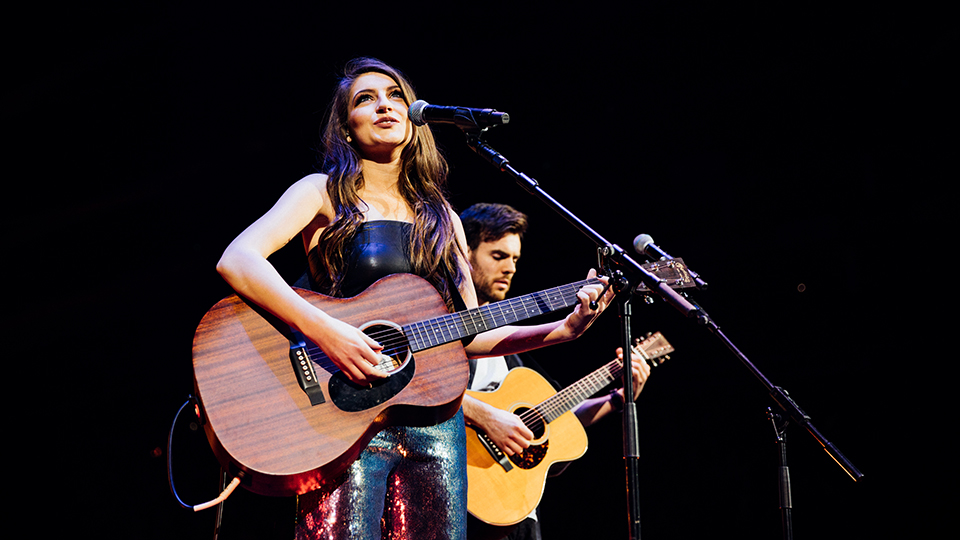 Catherine McGrath has rapidly become one of the biggest stars in the UK country scene. With over 12 million streams on Spotify, praise from the likes of Sir Elton John and a sold-out UK tour under her belt, the Northern Irish singer-songwriter is continuing to win over plenty of fans. Last night McGrath became the first UK artist to perform on the C2C Spotlight Stage since it was introduced in 2015, performing between Dustin Lynch and Hunter Hayes’ sets.

McGrath opened her three-song acoustic set with Just In Case, taken from her debut album which was released last summer. It’s a light, playful, poppy track which showed off her sweet vocal tones and quick delivery. I thought she captured the feeling of early love really well and she certainly seemed to get the audience on side, with people singing along and huge cheers as she finished the song.

For her second track, McGrath performed Wild, introducing the song with the story behind it and speaking about how excited she was to be performing in the O2 Arena after her first C2C appearance in 2017. The bittersweet ballad was a great showcase for her storytelling, full of details and Coldplay references, and I thought she captured the sense of exasperation and longing for someone unavailable really well.

McGrath’s final song of the set was the upbeat Lost In The Middle, an ode to escaping into country music. The acoustic performance gave it a rockier feel than the album version, and I liked the laid-back, carefree vibe of the song. The crowd were joining in throughout and as she drew to a close they roared their approval.

Overall Catherine McGrath delivered a solid performance that showed why the UK audience has taken her to their hearts. She came across as very relaxed and confident, and her song selection kept the audience’s energy up whilst showing off her sweet yet rich vocal tones. Her performance gets better and better every time I see her live, and this was a great celebration of her success so far.