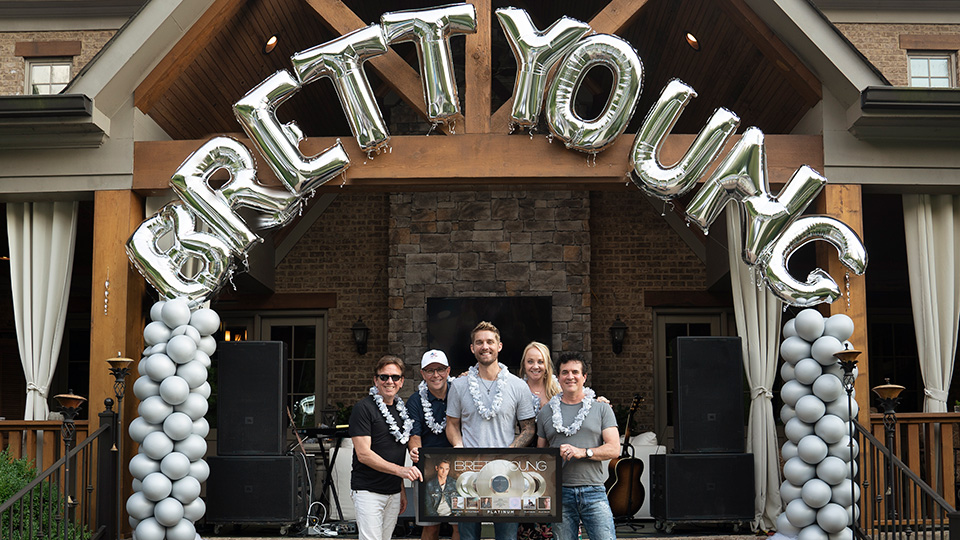 Young performed his songs and surprised those in attendance by performing his new single Here Tonight, the first from his upcoming second album.

“It was surreal being back where I first signed my record deal and seeing how much has happened since then,” Young said. “It’s crazy to think just three years ago I was in the same place just getting started with my team. I wrote this album from such a vulnerable and honest place, so it means the world that these songs have connected with people the way they have. The time has flown by, and I can’t wait to share the new music with fans soon.”

As well as his sales, Young has been dominating the streaming market too. In Case You Didn’t Know has had more than 194 million views on YouTube and current single Mercy has spent multiple weeks at the top of Vevo’s Top Country chart.

He’s also picked up nominations from ACM, Billboard, Teen Choice, CMT and CMA Awards, and he sold-out every stop on his debut headline Caliville Tour.