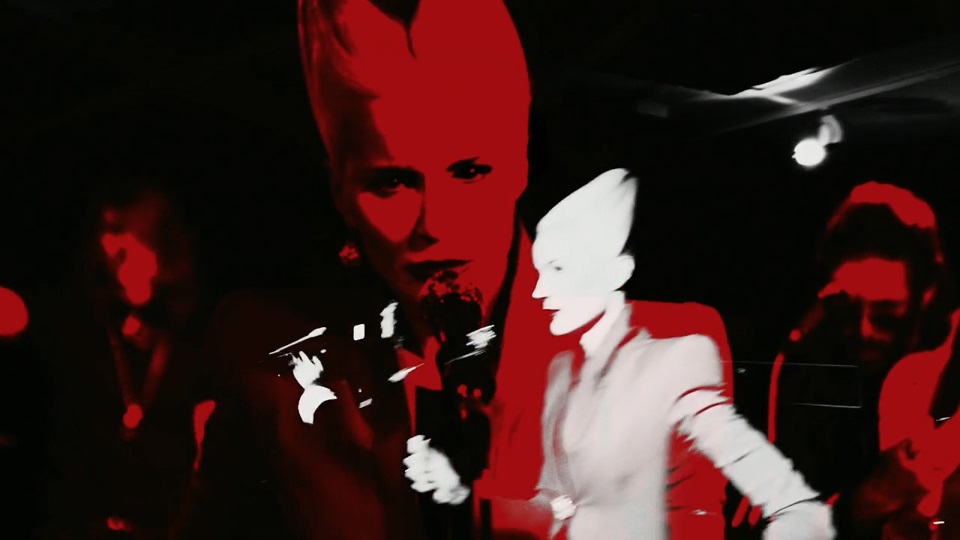 Daphne Guinness has released the brand new video for her track No No No.

The monochrome video is directed by Guinness’ long-time collaborators The Fashtons, who’ve also worked with artists including AlunaGeorge and Django Django. It shows Guinness and her bandmates – Malcolm Doherty and Terry Miles of Go-Kart Mozart and Thin Lizzy’s Gary Liedman – performing the upbeat, glam rock-influenced song with overlaid shots of the band.

Speaking about the clip, The Fashtuns say: “This is just the real Daphne, the side of her that people don’t really know, it seems – a proper frontman, a bandmate, and a cutting wit. The whole video is made of two consecutive takes, uncut and un-choreographed.”

No No No is taken from Guinness’ latest album, Daphne & The Golden Chord, which is out now on CD & vinyl forwards via Agent Anonyme/Absolute. The record was produced by Tony Visconti, who also produced Guinness’ 2016 debut Optimist In Black after David Bowie recommended her music to him.

Daphne & The Golden Chord was recorded live to analogue tape at London’s British Grove Studios on consoles previously used for classic albums including The Beatles’ Abbey Road, Pink Floyd’s Dark Side Of The Moon and Wings’ Band On The Run. The album was released digitally earlier this year, alongside the premiere of music videos created for the record by Nick Knight and The Fashtons at the BFI IMAX in London.

“I can’t sing a single word I don’t believe in,” Guinness says of the album. “It’s the closest thing I can get to a memoir without making people I know very cross indeed. It’s all there: love, hate, nervous breakdowns.”

Guinness’ musical style combines glam rock, punk, rock and roll and electronica, along with witty lyrics. She’s won critical acclaim for her sound from outlets including The Times, The Independent, Billboard, Classic Rock and Record Collector.

Originally from London, Guinness has had a rich and varied life, working as a fashion designer, model, film producer and actor as well as a musician. She’s worked with designers including Isabella Blow, Karl Lagerfeld, Tom Ford and Alexander McQueen, and created her own cosmetics lines for MAC and NARS. Additionally, she’s appeared on the cover of Italian Vogue and Zoo Magazine, starred in several short films and feature-length movies, and launched her own fragrance with the fashion house Comme Des Garcons.

Advertisement. Scroll to continue reading.
In this article:Daphne Guinness