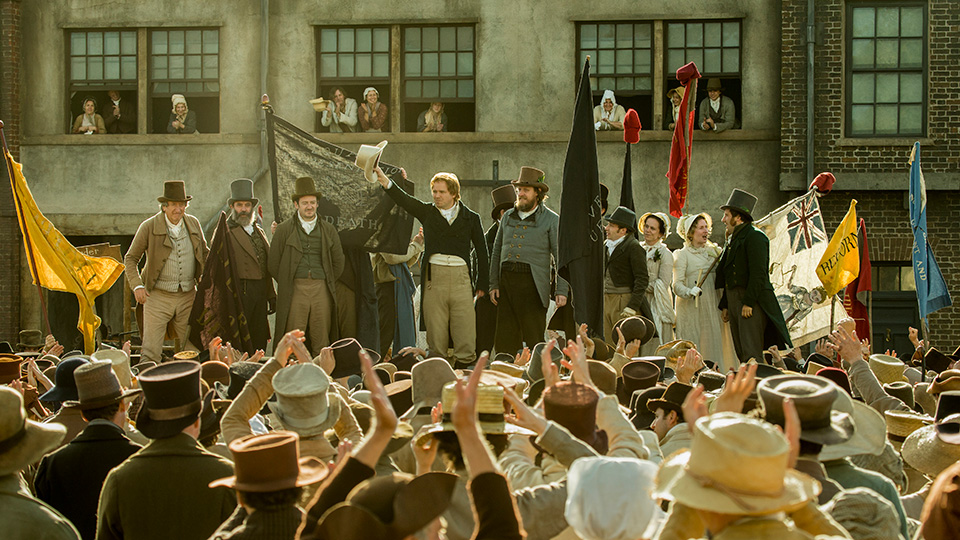 The first trailer has been released for Mike Leigh’s forthcoming film Peterloo.

An epic portrayal of the events surrounding the infamous 1819 Peterloo Massacre, where a peaceful pro-democracy rally at St Peter’s Field in Manchester turned into one of the bloodiest and most notorious episodes in British history. The massacre saw British government forces charge into a crowd of over 60,000 that had gathered to demand political reform and protest against rising levels of poverty.

Many protestors were killed and hundreds more injured, sparking a nationwide outcry but also further government suppression. The Peterloo Massacre was a defining moment in British democracy which also played a significant role in the founding of The Guardian newspaper.

Written and directed by Leigh, the film is produced by Georgina Lowe. It will be distributed by Entertainment One.

Peterloo will arrive in cinemas on 2nd November 2018.

Advertisement. Scroll to continue reading.
In this article:Mike Leigh, Peterloo