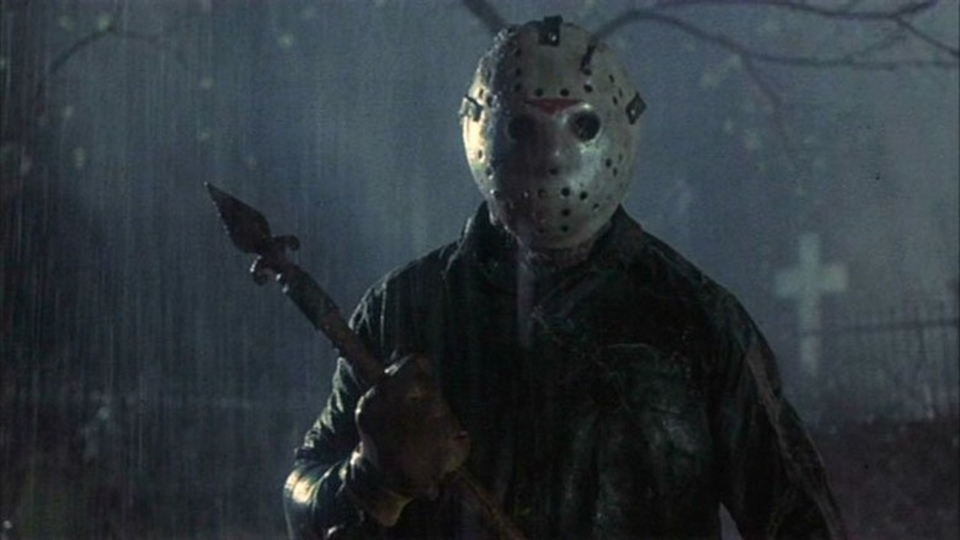 Happy Friday the 13th everybody!

Everyone loves Jason Voorhees, the hockey mask wearing maniac who goes around killing people like it’s going out of fashion. So what better day to celebrate his antics than on Friday the 13th itself.

Jason has been scaring audiences for decades and the Friday the 13th franchise boasts no less than 12 films!

Since it’s Friday the 13th today, we thought we’d take a look at 5 entertaining death/kill clips from the Friday the 13th series. These aren’t the best of the best, (there are too many to pick from) but here are a few scenes which we find quite entertaining!

This scene really is funny as a group of paintballers meet their end thanks to Jason.

One of the franchise’s finest moments, Jason is punched left and right, but is it enough to topple him?

In this classic scene Mrs. Voorhees gets what’s coming to her!

Jason in space! What could possibly go wrong?! In this hot weather, it’s also an appropriate scene to help you cool down with.

This was widely panned by critics and fans but this scene (one of the first death scenes in the film) is actually really well made, and put us off using sleeping bags for life.