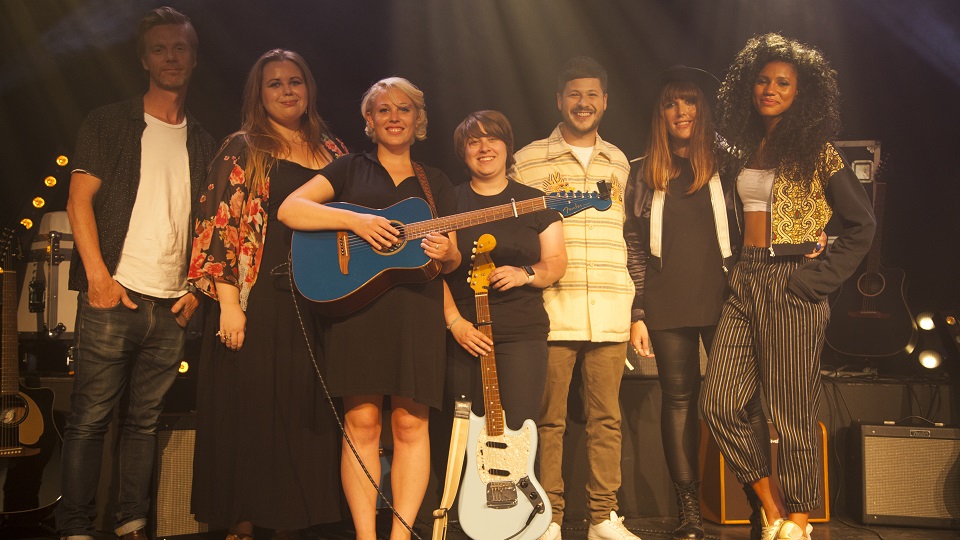 Southampton-based duo Lucas and King have been crowned the Fender Undiscovered Artist of the Year 2018.

The announcement was made after the three finalists – Lucas and King, Tom Hyatt and Roisin O’Hagan – performed for a live audience at Tufnell Park Dome in front of a panel of industry experts. Their performances were also broadcast across Fender’s social media channels. The panel included You Me At Six guitarist Max Helyer, radio presenter Georgie Rogers, music journalist Roisin O’Connor and Fender’s Head of Artist Relations Neil Whitcher.

Whitcher said: “The level of talent in the contest this year was phenomenal and it was not an easy decision for us judges to make. We were looking for instantly recognisable potential and we truly believe that Lucas and King have that – we have no doubt that they will go on to great success and we can’t wait to support that journey.”

Fender Undiscovered Artist of the Year is a UK-wide search for the best new acoustic musical talent. This year artists were urged to ‘Play Something Different’, with the British public voting the best acts from three heats through to the final for the first time.

Lucas and King – made up of vocalist Bo Lucas and guitarist Hayley King – are an original music duo who draw on 60s pop, American roots, blues and country influences amongst others. They’ve steadily built a fan base around the UK and have appeared at Glastonbury and Maverick Festival, as well as supporting Kinks frontman Ray Davies at London’s Royal Festival Hall. Now they’ll take their music over to the US, via a trip to Hollywood with the Fender team.

Find out more about Fender Undiscovered Artist of the Year and watch all the 2018 heats at https://shop.fender.com/en-GB/undiscovered.

Advertisement. Scroll to continue reading.
In this article:Fender, Fender Undiscovered Artist of the Year, Lucas and King