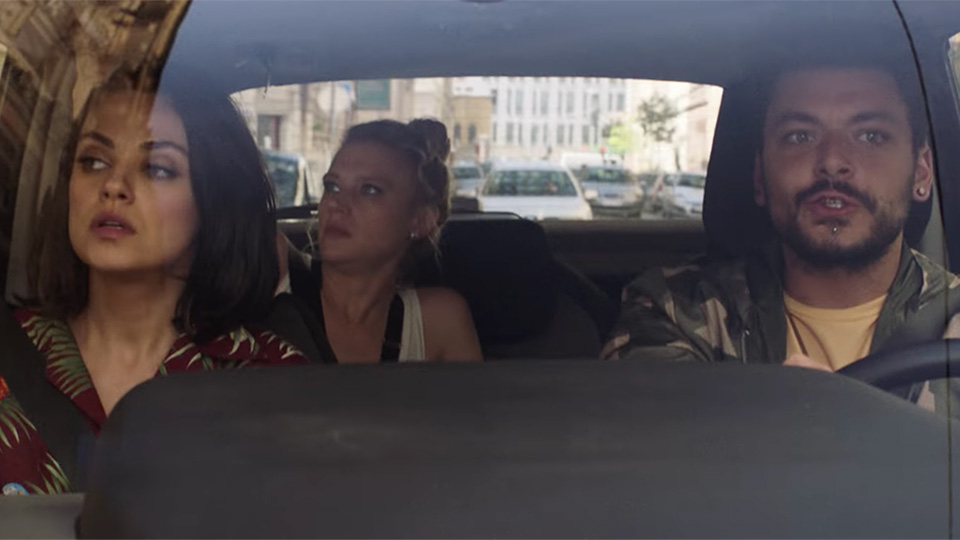 You know those times you need to escape from a bunch of bad guys and your only option is a cab drive? Well Mila Kunis and Kate McKinnon have got you covered!

A new clip has been released from the duo’s upcoming comedy The Spy Who Dumped Me and they get a little more than they bargained. Trying to escape from some motorbike driving bad guys, Audrey (Kunis) and Morgan (McKinnon) decide to get into a cab for a speedier getaway.

What they didn’t bank on was the cab driver wanting to tell them all about his side gig as a DJ or that he’d smoke a ton of crystal meth prior to his shift. Surely the first clue should have been when he was happy to pick up two women claiming to be Mr. Wang?

The Spy Who Dumped me stars Mila Kunis, Kate McKinnon, Justin Theroux, Gillian Anderson, Hasan Minhaj, Ivanna Sakhno and Sam Heughan. The story follows best friends Audrey (Kunis) and Morgan (McKinnon) as they are unexpectedly thrust into an international conspiracy when Audrey learns her ex-boyfriend is a spy.

Surprising even themselves, the duo jump into action, on the run throughout Europe from assassins and a suspicious-but-charming British agent, as they hatch a plan to save the world.

The film is directed by Susanna Fogel and produced by Brian Grazer p.g.a. and Erica Huggins p.g.a.

The Spy Who Dumped Me will be released in cinemas on 22nd August 2018.