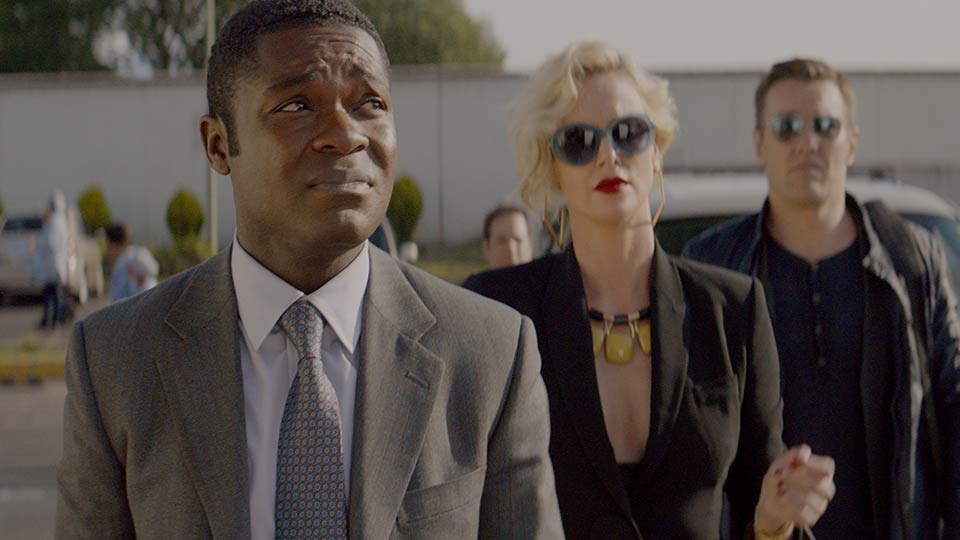 Crossing the line from law-abiding citizen to wanted criminal, Harold battles to survive his increasingly dangerous situation in ways that raise the question: Is he out of his depth — or two steps ahead?

Take a look at some pictures from Gringo below:

Gringo has a run time of 110 minutes and a 15 certificate. The film is produced by Rebecca Yeldham, Nash Edgerton, Charlize Theron, Beth Kono, A. J. Dix and Anthony Tambakis.

Gringo is also released to Download and Keep on 2nd July 2018.