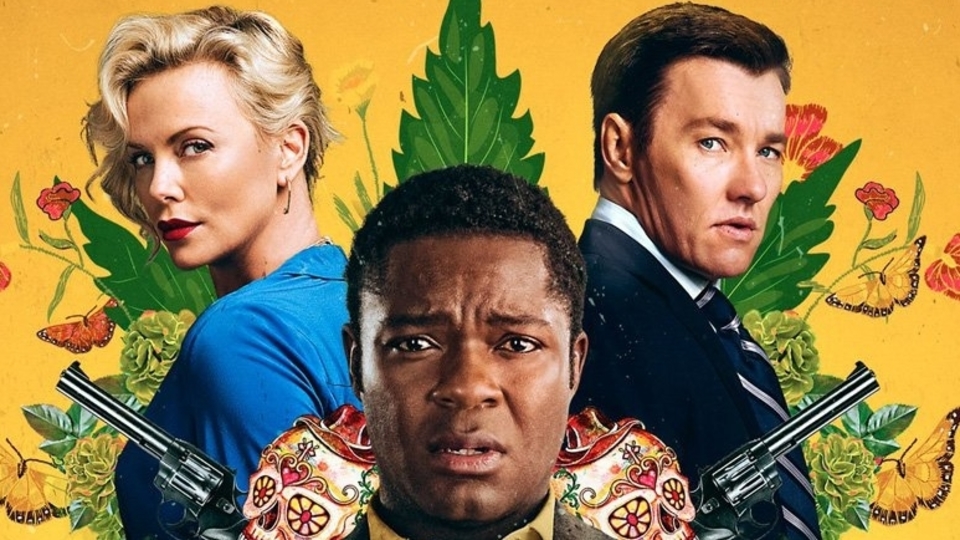 Taking inspiration from classic 90s crime capers, Gringo is a hilarious movie that frequently entertains and keeps you on the edge of your seat throughout. Assembling a stunning leading cast, including David Oyelowo, Charlize Theron, Amanda Seyfried, Sharlto Copley and his own brother Joel Edgerton, director Nash Edgerton clearly had fun crafted this story with writers Matthew Stone and Anthony Tambakis. The end result sees Gringo as one of the funniest films of the year so far.

Oyelowo plays nice-guy Harold Soyinka, a middle-manager for a pharmaceutical firm who travels to Mexico with his bosses Elaine and Richard (Theron and Edgerton). Those two have been doing deals with a local cartel off the books to raise some cash, but the deal soon goes south. All of this is unknown to poor Harold, who is dealing with some distressing news himself that affects his professional and personal predicament. So he makes a bold decision to address these problems head on, which gains him unwanted attention as his situation gets more and more entangled. What follows is a madcap adventure where everyone wants to locate Harold (the Gringo), but for very different reasons.

Charlize Theron steals every one of her scenes as Elaine Markinson, a career-driven opportunist who has to navigate a sea of idiots to get what she wants. One of those things happens to be her business partner Richard Rusk (Edgerton), whom she is having a fling with. Theron and Edgerton make a formidable on-screen paring, and bounce off one another with some sensational chemistry. Oyelowo is excellent as Harold, delivering a performance that’s hard not to love. He holds the film together and takes on a lot of the heavy lifting, showing his versatility as a great comedic performer.

There’s solid support to be found in the form of Amanda Seyfried as a music store clerk who is whisked away to Mexico by her boyfriend (Harry Treadaway) for mysterious reasons. Thandie Newton plays Oyelowo’s distant wife who’s dragging him into severe debt and Yul Vazquez plays a chauffeur who may know more than he’s letting on. Alan Ruck and Kenneth Choi play some creepy businessmen and the always reliable Sharlto Copley is magnetic as a former mercenary-for-hire tasked with finding Harold by his brother Richard. He and Oyelowo should work together much more often.

Gringo as a fiesta of funny and really guarantees you a great night out at the cinema. If it’s a breezy, light and entertaining bit of escapism that you’re after, you can do a lot worse than this. There’s also a really surreal but hilarious bit where Carlos Corona, playing cartel head the Black Panther (not that one), quizzes his victims on what the best Beatles album of all time is! Gringo is the perfect antidote to the heavy awards-season fodder we’ve just had, and ushers in a bright new season of cinema-going (even if the weather disagrees).