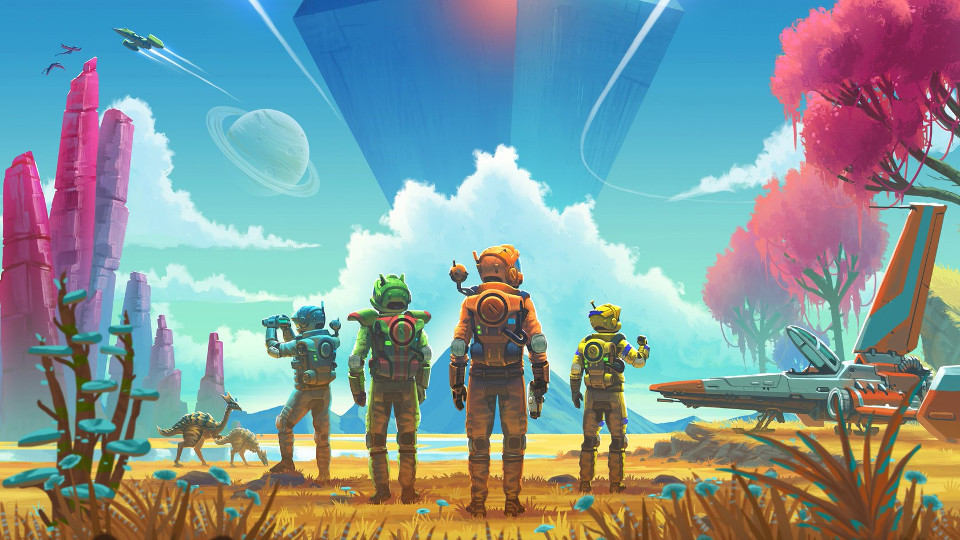 Summer used to be a quiet period for gamers with few big releases to get us excited. That seems to have changed a bit in recent years and June brought some fantastic titles. My picks of the games launched last month are OnRush, Vampyr and the multi-platform launch of Crash Bandicoot N. Sane Trilogy.

Just like the recent good weather, this month the game launches are set to continue. There are big releases across all the major platforms and enough variety on offer for all types of players. Of all of these, I’m most looking forward to seeing No Man’s Sky launch on Xbox One with the addition of multiplayer for the first time. I’m also keen to get stuck into Octopath Traveler on Nintendo Switch and The Banner Saga 3.

Red Faction: Guerrilla is set 50 years after the climactic events of the original Red Faction. It allows players to take the role of an insurgent fighter with the newly re-established Red Faction movement as they battle for liberation from the oppressive Earth Defense Force. A remaster of the 2009 game, it features fully reworked graphics, including improved textures and graphic features adding, for example, specular maps. There’s also improved lighting and shadow rendering, along with reworked shaders and postprocessing.

Warhammer 40,000: Inquisitor – Martyr is an open-world sandbox action-RPG. Players take the role of Inquisitors, powerful secret agents of the Imperium. The game features a single-player story mode and a co-op campaign for up to 4 players. The randomly generated maps keep things fresh so you’ll keep coming back for more.

This is effectively a relaunch of the MMO shooter from 2013 that complemented the SyFy TV show. Defiance 2050 is much the same game but now free-to-play with remastered graphics and new in-game systems including character classes – Assault, Assassin, Guardian and Combat Medic.

Recruit, train, and upgrade your very own WWII flight team before piloting a Bomber over enemy territory. Your crew members only have one life, so every mission is fraught with danger as you guide them to victory. Hazards include dodging flak fire, maintaining course through unstable weather conditions, avoiding enemy radar detection and battling enemy Aces. Subscribers to Xbox Game Pass will find the game in their collection later this month.

The Spectrum Retreat takes place in the near future at a hotel called The Penrose. Through exploration of the striking art-deco hotel you will begin to uncover the mysteries of both The Penrose and the uncertainties surrounding your current stay. Your desire to unearth the truth is obstructed by an array of colour coded first-person puzzles, mind-bending physics challenges and the growing fear of exposing your true intentions.

Play as one of five characters and battle with friends against the armies of Chaos and Skaven. Set during the End Times, the Heroes of Ubersreik must save the Empire from devastation. The game will be available free this month to Xbox Game Pass subscribers.

An RPG from Square Enix where players journey as one of eight protagonists. Players decisions will shape the game and turn-based battles will test their tactical skills. The gorgeous graphics combine 16-bit visuals with more modern environments and effects. A free demo is available now on the Nintendo eShop.

The fruit-themed kart racer comes to consoles this month. Pick a character and tackle career mode, race custom championships and master modes such as dragster, hill climb and elimination. With 21 courses across 5 worlds, customisable karts and split-screen multiplayer the game looks well worth a look for kart racing fans.

The end of this month sees the launch of the third and final chapter in the award winning Viking RPG trilogy. Players will embark upon the final journey beyond the wall of Darkness to traverse a world unlike anything encountered in previous sagas. Essential for fans of the series.

The near infinite open-world space survival and exploration game finally makes the jump to Xbox One this month. This will bring the latest version of the game but also add the highly anticipated multiplayer features. The Next update will also be coming to PS4 and PC players free of charge.

EF Games will bring you our top gaming picks for August 2018 at the start of next month. In the meantime, let us know what you’re playing and looking forward to via our Twitter and Facebook pages. Remember to give us a Follow or a Like while you’re there!