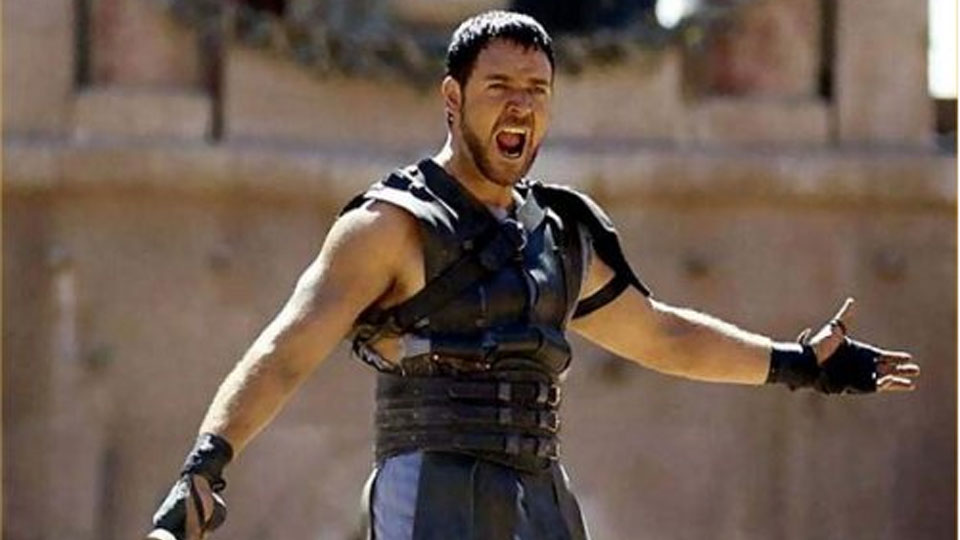 Ridley Scott’s masterpiece Gladiator got a rousing reception from the Royal Albert Hall faithful as the hallowed venue continued its Film in Concert series.

Perhaps the best reaction by a crowd since 2015’s Back to the Future: Live in Concert performance at the same venue, the audience blew the roof off with a standing ovation at the end. The rapturous applause was a fine summation of Gladiator: Live in Concert, which proved that the film’s haunting Hans Zimmer/Lisa Gerrard score hasn’t aged one bit, and that Russell Crowe’s imperious performance still remains the stuff of cinematic legend.

Remarkably, the film has just celebrated its 18th anniversary but like the music, has aged extremely well. Following sold-out performances in 2014 and 2016, Ridley Scott’s legendary 5-time Academy Award-winning film was accompanied by the Royal Philharmonic Concert Orchestra and also the English Chamber Choir.

They performed Hans Zimmer and Lisa Gerrard’s complete Oscar-nominated and Golden Globe-winning score live to a masterful finish – all conducted by Justin Freer, with vocal soloist Lisa Gerrard even in attendance – and she performed the finale too. There wasn’t a dry eye in the house!


The experience was superb, from the glorious action set-pieces to the sweeping vocals that ushered in the emotive finale of the film. And when Crowe utters his immortal dialogue beginning ‘I am Maximus Decimus Meridius…’ you still get chills all over.

For anyone not familiar with Gladiator (I doubt there are many), the story follows Maximus (Russell Crowe), a former Roman Army General who is betrayed and sold by slave traders to battle in the Colosseum. Determined to avenge his family, Maximus goes about using his skill in the ring to win over the crowd and take revenge on Commodus (Joaquin Phoenix), the man responsible for his downfall.

As mentioned before the film still remains the crowd-pleasing blockbuster that it always has been, and is perfectly suited to the Royal Albert Hall for its grandeur and spectacle. The film features so many memorable performances including the late Richard Harris, Joaquin Phoenix, Djimon Hounsou, Derek Jacobi, Connie Nielsen, Tommy Flanagan and the late Oliver Reed.

But as good as the ensemble is, its Russell Crowe’s magnetism that utterly pulls you in – a star making turn from the actor and one that has cemented Gladiator’s status as a true modern classic. It’s arguably the finest performance Crowe has ever delivered onscreen, and to see it complimented with a live score is just spectacular.

‘Are you not entertained?’ screams Maximus to the crowd – well we most certainly were as the Royal Albert Hall’s ongoing Film in Concert series continues to impress and delight. It really is the hottest ticket in town and with Jurassic Park once again heading to the Hall in September 2018 to mark its 25th anniversary and a John Williams Star Wars celebration coming soon, there’s plenty of opportunity to experience these unique events for yourselves – a must for true film lovers.