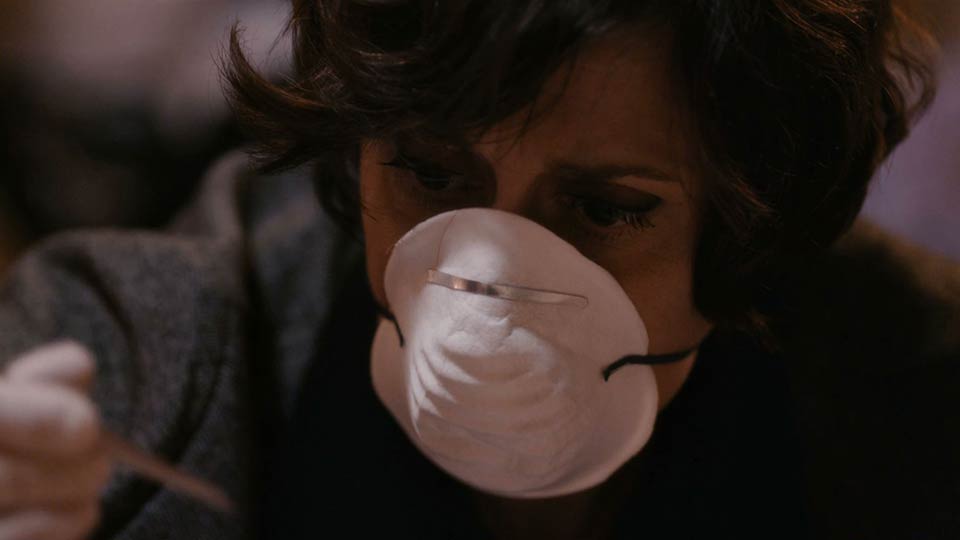 The opening credits of this interesting Spanish thriller remind me of fabulous Florida-based series Dexter – dark, scratchy images of blood, flesh and foodstuff. And like the iconic Michael C Hall programme, the main protagonist in this show works with the police in analysing crime scenes. But whereas Dexter was a blood-spatter analyst in Miami, Sara Grau – played by Clara Segura – is a forensic pathologist in Barcelona.

Sara is a colourful character, to say the least. Her slimy husband, Lluís Forés (played by Pablo Derqui, who also starred in another fine Walter Presents show, Lifeline) has a high-powered job and they live in a wonderfully modern home in the Catalonian countryside. They’re trying – unsuccessfully – to start a family; but Sara has concerns about becoming a mum and is less enthused about the idea of childbirth than her bullying and controlling husband. Perhaps because of this, Sara embarks on a series of one-night stands with nameless strangers she meets at bars. Here she can be someone else – a sexually-uninhibited woman taking control of her desires, rather than the disciplined and clinical environment of her work and home life.

But one day, whilst Sara is performing an autopsy on a man who has died suspiciously in a car crash, she recognises a tattoo on the victim as belonging to one of the men she had previously slept with. Suddenly the nameless corpse in front her has an identity, albeit one without a name (she never wants to know the true names of her paramours).

From the opening episode, it’s evident that this is yet more top-quality stuff from the Walter Presents stable. The production values are as good as anything the UK or States has to offer; and there are some excellent performances, particularly by Clara Sequra. She won Best Actress at the Barcelona based Zapping Awards this year for her performance in the show, and deservedly so.

I’d certainly recommend it – the opening episode has a good pace to it, and some engaging and interesting characterisation. There are 13 episodes, so it’s quite a commitment – but on the strength of Episode 1, it’ll be worth the investment.

Walter Presents: Night and Day episode 1 will air Sunday 1st July on Channel 4 at 10pm with the entire series available on All 4 straight after.