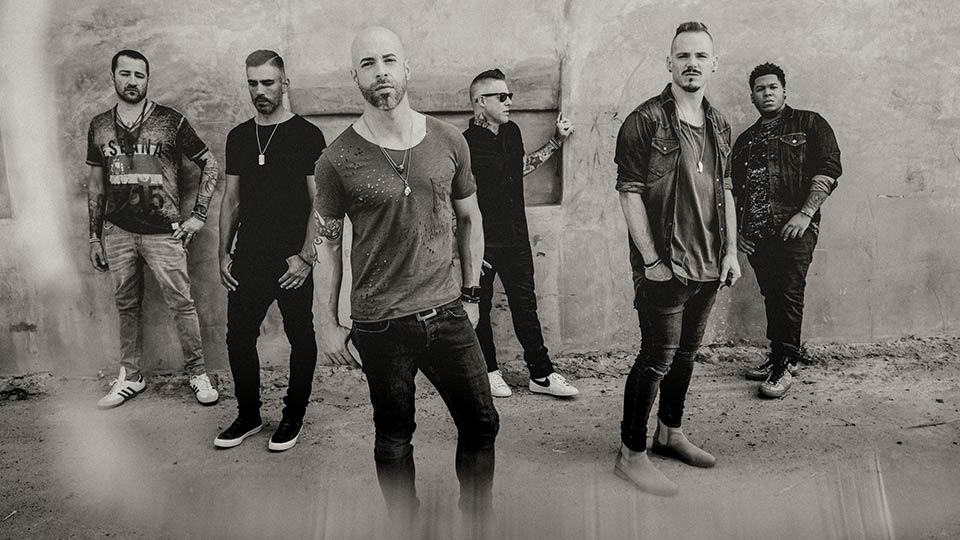 Daughtry will release their fifth studio album Cage to Rattle on 27th July 2018.

Available to pre-order now, the album’s lead single Deep End has been released to stream and download. Fans who pre-order Cage to Rattle will get the song as an instant download along with new track Backbone.

“Cage to Rattle has been the most fun yet most challenging album we’ve ever made,” says Chris. “It’s a musical stew we’ve been cooking up for more than 2 years and we can’t wait to satisfy the appetites of our amazing fans who’ve been patiently waiting for this record!”

Jaquire King adds, “The thought of working with Chris really intrigued me. Undoubtedly he’s truly a great singer and we took the opportunity to go on a creative journey with his band to find something new for them. The outcome will showcase new dimension and inspiration that hopefully shows new and old fans the evolution of an artist.”

Daughtry will support the album release with a headline UK tour in October. You can see the band at the following dates:

Over their career to date, Daughtry have released four studio albums and sold over 8 million albums and 16 million singles. They’ve had four number one hits and picked up 4 Grammy nominations.

Advertisement. Scroll to continue reading.
In this article:Daughtry