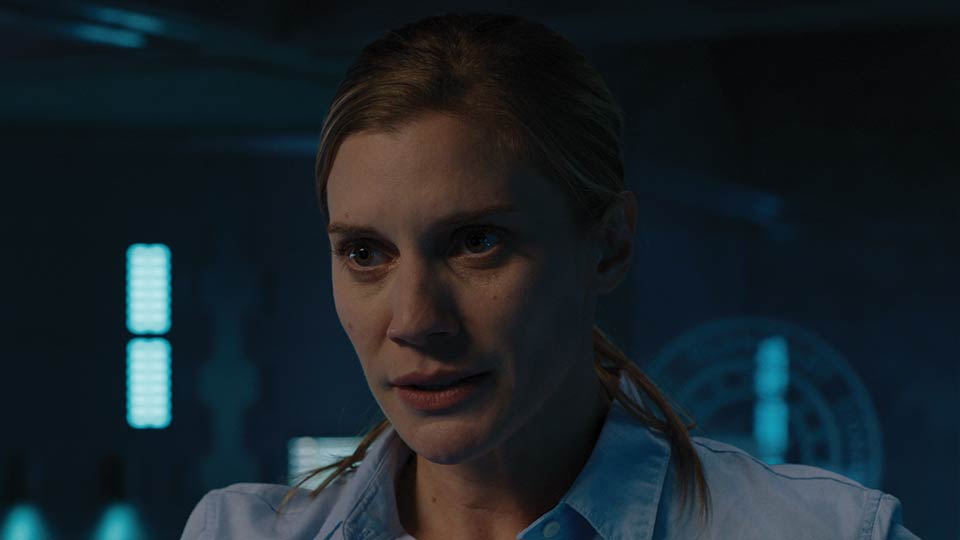 Sci-fi thriller 2036 Origin Unknown will be released on Digital HD and DVD in the UK from 13th August 2018.

Starring Katee Sackhoff (Battlestar Galactica, Riddick, Oculus), 2036 Origin Unknown is based on a story by Hasraf ‘HaZ’ Dulull (Beyond, Project Kronos), who also directs the movie. The screenplay is written by Gary Hall.

When a scientist receives an “Origin Unknown” signal from Mars, she must investigate from mission control 150 million miles away on Earth.

Mackenzie ‘Mack’ Wilson, played by Katee Sackhoff, struggles to keep her career as an old-school mission controller in a future where artificial intelligence has made even the smartest human redundant.

Mack was living her dream as a mission control scientist until Martian-One, the first manned flight to Mars, crashed. Among the dead was her father, Jake Wilson.

Years later USPC lead the space race and they’ve replaced mission controllers with advanced artificial intelligence supercomputer ARTi. No hidden motives, no mistakes. Humans are only needed when new ‘Origin Unknown’ objects are encountered and one has just been found on Mars…

Director Hasraf ‘HaZ’ Dulull said, “Working with Katee on 2036 Origin Unknown was a dream come true, not only was I a fan of her work, but she turned out to be one of the best collaborators on the project, she really sunk her soul and passion into the character of Mack and we spent months of prep before the shoot and her input throughout really helped shape the character you see on the screen.”

Take a look at images from 2036 Unknown Origin in our gallery below:

2036 Origin Unknown will be available on Digital HD and DVD from 13th August. For more information visit www.2036OriginUnknownTheMovie.com.