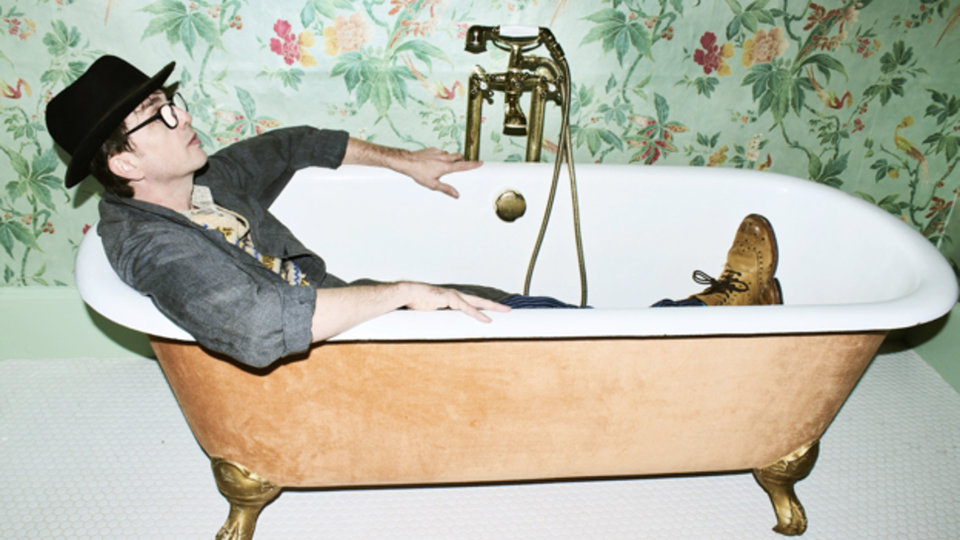 Supergrass’ own Danny Goffey releases his new album Schtick. The record is written and performed by Goffey and co-produced by Simon Byrt, it also features cameos from Suede’s Brett Anderson, Rialto’s Louis Eliot and Insecure Men’s Marley Mackey. To celebrate the album’s release, Danny will hosted Goffstonbury, a unique live music event at his home in Somerset the same weekend Glastonbury would have taken place.

I reviewed that album and here are my thoughts.

The album kicks off with Let It Happen, a happy track with a fun beat at its core. The song is layered with eclectic instrumentation and remains gripping throughout. The lyrics are easy to remember making this a great album-opener. The album continues to impress with singles, Ancient Text and Sick Holiday. The former feels both nostalgic and summery, whilst Sick Holiday is more adventurous and quirky.

Goffey transports us from our holiday mood to the streets with the riveting Buzzkiller. A song that describes an night out that ends in a fight seemingly. The track takes some interesting turns and is layered with an infectious guitar riff.

Another track on the album that catches my attention is the upbeat Psychomental. This track combines clever drops and sounds like a song I’d want to see performed live to live its full potential. Cosmic Bob is up next and is a favourite on the album. The song is a fun story and not before long will Cosmic Bob’s story grip you. The track shows off Goffey’s lyrical prowess and his ability to sing a story that’s both clever and fun.

3 Day Bender is another catchy song with a very different feel to previous tracks on the album. This is a track packed with big backing-vocals, which give the song a big boost in sound. The track feels fresh and is packed with energy, not how I would feel after a three day bender.

I’m Done (trying to be young) is a surprising track on the album. The song mixes ska with dark lyrics and melancholic riffs. It’s like nothing else on the record but doesn’t feel out of place as most songs on Schtick are quirky and stand-alone tracks.

The production of Schtick stands out and Goffey’s cleverly crafted tracks are short enough to not bore and keep you wanting more. The lyrics on this album alone are worth a listen as Danny Goffey’s story-telling abilities are gripping. All in all this is a very good record and perfect for the summer.