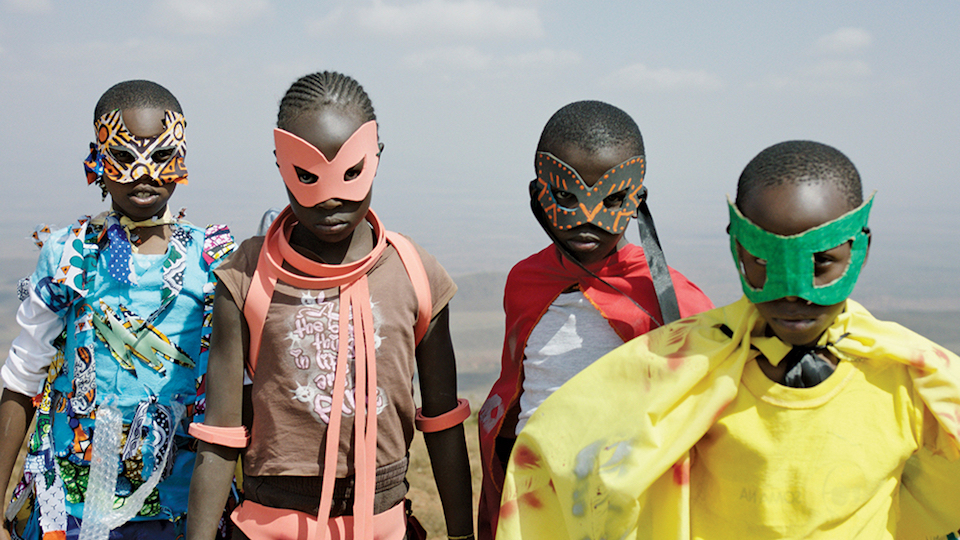 If you’re looking for something a little different for your next fix of cinematic superhero action, then look no further than Supa Modo. This gorgeous Kenyan film has already won plaudits at Berlinale, and is now showing at the Edinburgh International Film Festival. If you can get a ticket, I highly recommend that you do.

The film follows Jo (Stycie Waweru) a nine-year-old girl who is terminally ill. Against all advice, her mother Kathryn (Maryanne Nungo) takes her out of hospital to spend the time she has left at home. Jo draws strength and positivity from the exploits of her heroes – Jackie Chan, Bruce Lee, and comic book heroes like Superman and Iron Man. They inspire her. They have powers. They defeat their enemies. They live forever. To help her cope with her illness, Jo fantasises that she is Supa Modo, a superhero with great strength and special powers.

But the realities of the situation rub painfully against the fantasy. Kathryn wants to protect her, keep her warm and comfortable. Her sister Mwix (Nyawara Ndambia) wants to distract her, and make her remaining days as fun as possible. Mwix wants Jo to feel like a real superhero.

So she begins encouraging Jo to believe that she does have superpowers. In a series of increasingly elaborate stunts, and with the help of other people in the village, Mwix has Jo using her powers to move objects like a Jedi, and fight crime like Superman. The only person being kept in the dark about these shenanigans is Kathryn.

Maryanne Nungo delivers a brilliant, stoic performance as a mother dealing with a parent’s worst nightmare. As a midwife her job involves bringing life into the world, but the life of her own child is being stalked by death.

Admittedly it is extremely tough subject matter, but first time director Likarion Wainaina balances the tone perfectly, and cuts through the heavy stuff with a sly dose of humour. Both Waweru and Ndambia are incredibly natural, and their antics around the village cannot help but raise a smile.

Supa Modo is a film about how we cope. How we come to terms with the worst things life can throw at us. It shows us the power of imagination and how the movies and comic books we adore can inspire hope where there is none, and help people to heal. As the community rallies around Jo and her family to help make her fantasies a reality, you will laugh, smile, and cry. This is a devastatingly emotional film, but it is beautiful too, full of joy and laughter.