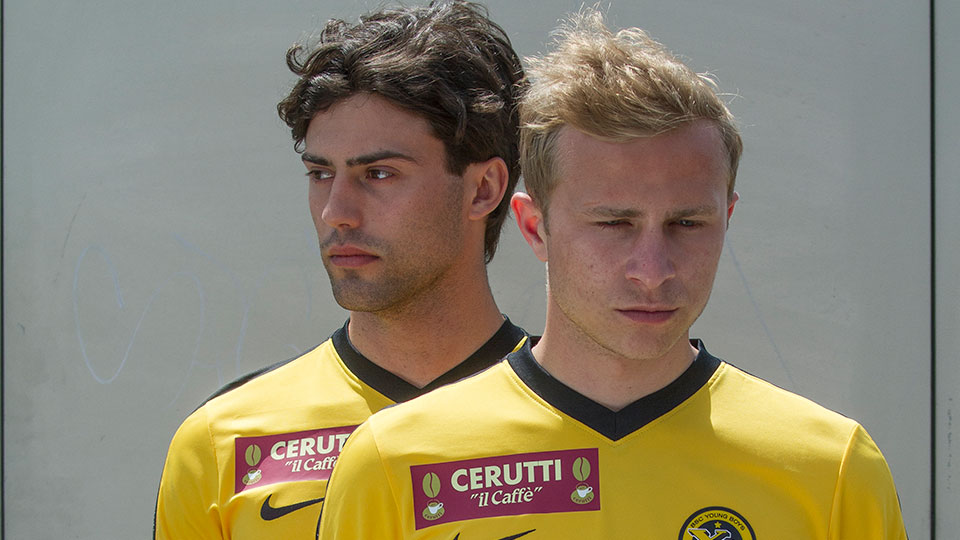 The film, which is directed and co-written by Gisler, is the first feature film to address the silence surrounding homosexuality within the world of professional football. The Swiss-German production tells a story of forbidden love between two U21 Swiss BSC Young Boys players played by Max Hubacher and Aaron Altaras.

Mario shines a light on the pressures that gay men in professional football – players, managers and associates – face in a bid to preserve their careers.

When Leon (Altaras) joins Mario’s Hubacher) football club, an immediate tension brews between them; both players are talented, driven and prepared to fight fortheir spot on the first team. But when the pair are moved into a flat with one another, the competitive tension turns sexual. As their relationship intensifies, Mario and Leonbecome inseparable, yet Mario is desperate to hide their love from his teammates. As rumours of their relationship begin to circulate, the boys are forced to make a choice; their careers, or each other.

On making the film, Director Marcel Gisler comments “When screenwriter Thomas Hess approached me with his idea to make a feature film on the topic of gay love in professional football, my first question was: Hasn’t that film already been made? The topic was already present in the media, but our research showed that the great football love story, however, had not yet been made for cinema. This is why I committed to the project…I saw the opportunity to tell a truly moving story in the given social context of a modern forbidden love.”