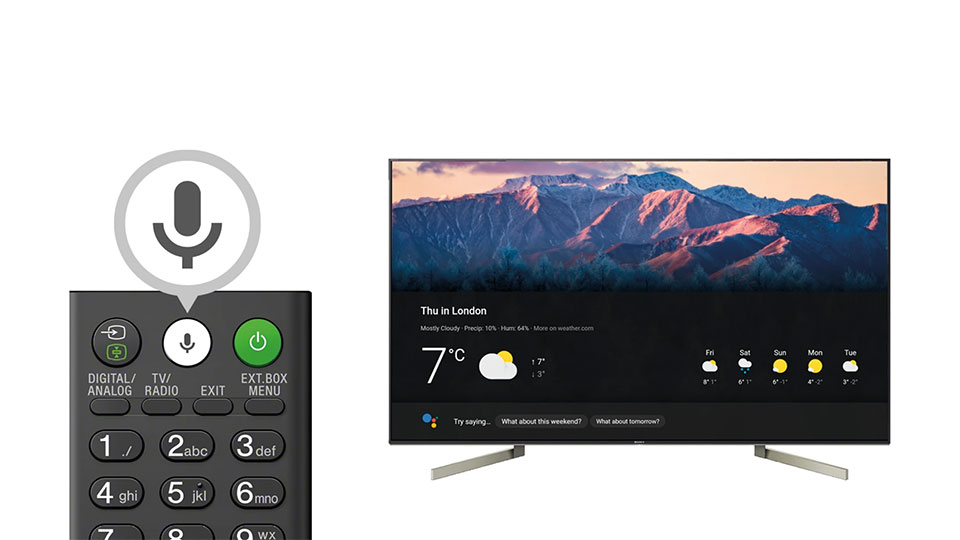 Google Assistant will be available on select Sony 4K HDR TVs with Android TV in the UK it has been announced.

Using Sony’s voice operated remote, the Google Assistant will allow users to quickly access films, music and other content. It will also give you control over smart home devices and easy information search.

The built-in Google Assistant turns a compatible Sony television with Android TV into a smart home hub with a world of entertainment at your finger tips. Using voice commands, users can watch a movie or their favourite TV series on Google Play and other popular services by saying ‘play’ followed by the name of the movie they want to watch for example – ‘play Jumanji: Welcome to the Jungle on Google Play’.

With the Google Assistant you can find the latest blockbuster, check the football score and ask Google about the cast of your favourite show.

Enhancing the entertainment experience, the Google Assistant serves as a smart home hub to more than 1,500 compatible smart home devices from over 225 popular brands including instance light and thermostat control through simple commands.

Rolling out from today on a selection of Sony televisions in the UK, it’s expected that all compatible models will feature Google Assistant by the end of the month.

In this article:Google Assistant, Sony BRAVIA