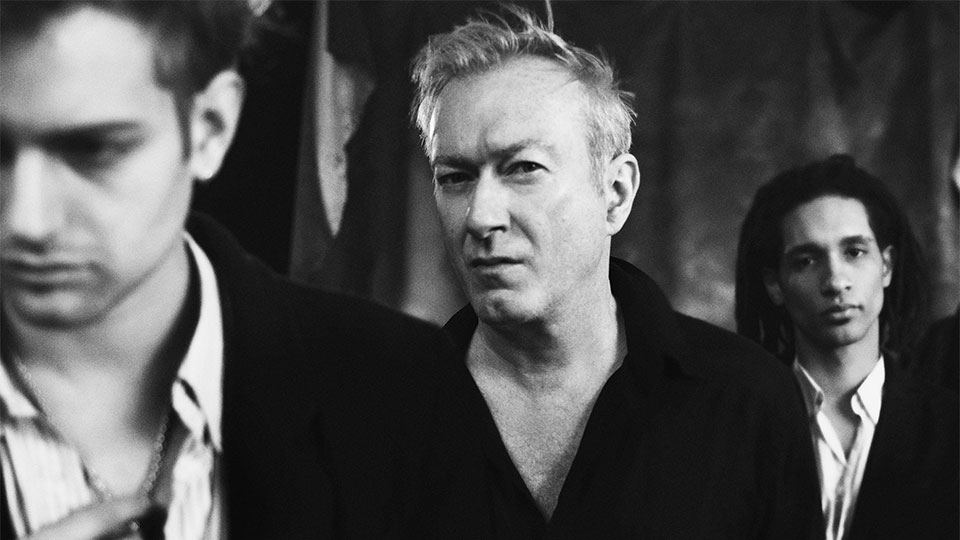 Gang of Four have released the music video for their Lucky, a track taken from their current Complicit EP.

The video was shot in a small space with just two Dedo lights so the light bounces of the walls to achieve the gritty neo-realist feel of 50’s Italian films. Gaoler comes across as an Homme Fatale gangster, while Gill comes across as, well, just a gangster.

Lucky’s video arrives ahead of Gang of Four’s new studio album, which is due for release in September 2018. EP Complicit was co-produced by the band’s Andy Gill, alongside Ben Hillier (Blur, Depeche Mode) and Ross Orton (M.I.A., Arctic Monkeys).

Recent single Ivanka (Things You Can’t Have) features on Complicit and it’s caused a stir with artwork that depicts President Trump’s daughter with a single Russian word, замешанная, meaning ‘complicit’.

Talking about Lucky Gill says, “Lucky is about how luck defines more than we imagine. You might think of the words from Macbeth concerning life being an hour upon the stage where the walking shadow struts and frets but can change nothing. A parallel idea is that luck may have as much impact on the course of a life than anything an individual does. As in Sartre’s ‘les jeux sont faits’, action, truth, morality will always play second fiddle to luck.”

The band’s EP Complicit explores the push/pull between Trump’s White House and the ways in which news stories are pollinated.

Gill explains, “It would’ve been easy to be extremely damning about Donald Trump and of course, like everyone else, I could have called him all kinds of names. What drew me to this subject at all was the running commentary from Ivanka in the earlier stages of this administration – it was fascinating to get a kind of explanation or justification from the daughter who had already been given an official position within the White House. A lot of it was pretty funny. But although the characters in the Trump family are interesting, it’s more the ideologies and politics which they represent and enable which need describing.”

Fans can see Gang of Four live at the following dates:

Advertisement. Scroll to continue reading.
In this article:Gang Of Four