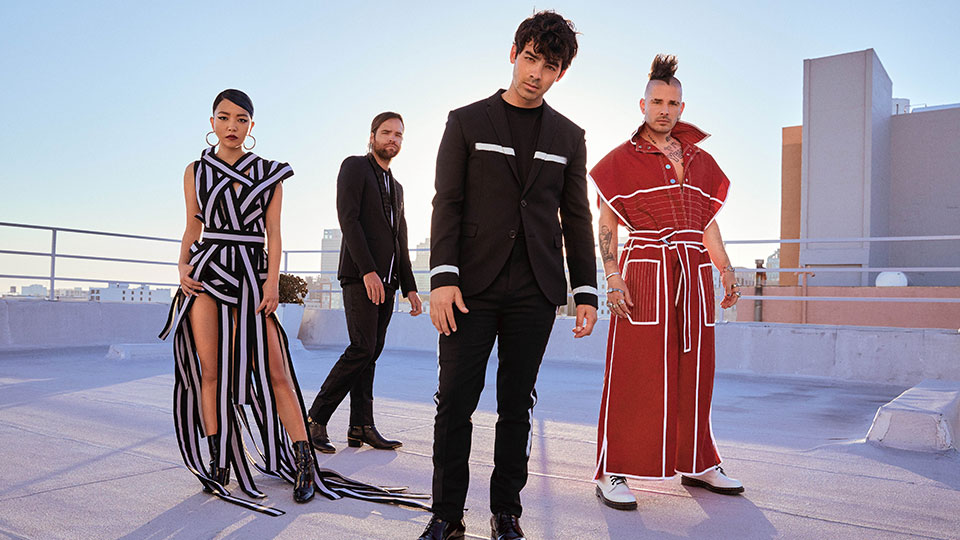 DNCE have surprised fans with the release of new EP People to People ahead of their European tour dates with Bruno Mars.

“These new songs represent the evolution that the band has gone through over the last couple of years. They’re a little more chill, sophisticated. We’ve matured together, and so has the music,” said DNCE frontman Joe Jonas.

The band performed TV in the Morning from the EP on The Voice Australia finale last night, on which frontman Joe Jonas is a coach alongside Delta Goodrem, Kelly Rowland and Boy George.

People to People is the follow-up to DNCE’s self-titled debut album, which was released in 2016. The band formed in 2015 and scored a huge worldwide hit with their 4x Platinum track Cake By the Ocean.

That song has had over 1 billion streams worldwide since it’s release and the video has had over 310 million views.

The band’s European dates with Bruno Mars are:

Advertisement. Scroll to continue reading.
In this article:DNCE