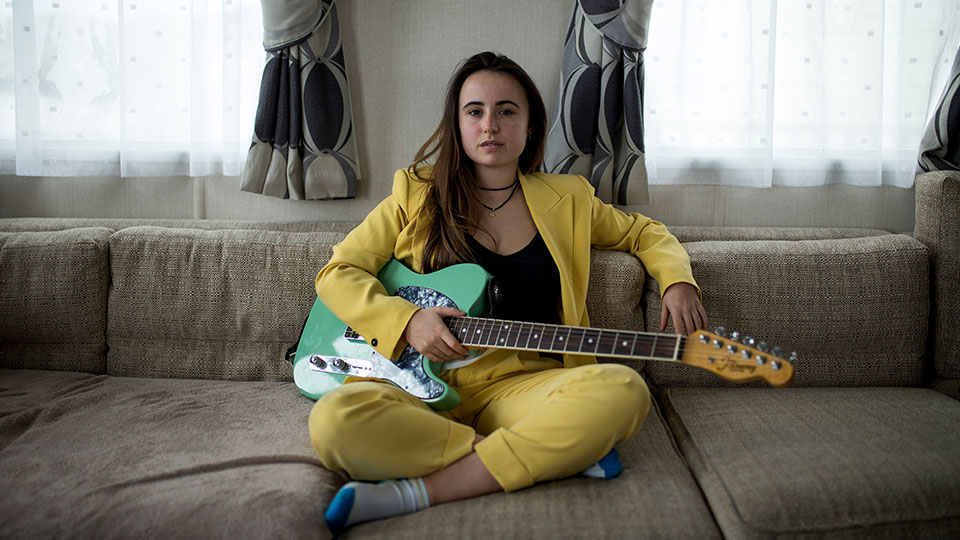 Bryony Williams has released her second EP Conscious, the follow-up to her debut EP Wanderlust.

To mark the releases Williams has released an art-house music video for Narrative Form, the EP’s lead single. The video was inspired by the film Double Indemnity and focuses on a female character’s notion of self-worth and value through the male gaze.

“It’s a song that self-analyses the combination of love and loneliness and the emotional turmoil you go through to try to understand the grey areas in life. While the psychoanalytical narrative runs deeper through the track, it becomes harder for me to even explain.”

“I’m constantly listening to music which can either be a mass pool full of women musicians (Chastity Belt, Jen Cloher, Courtney Barnett, PJ Harvey and Kim Gordon) or rummaging through my dad’s record collection and stumbling upon The Specials, The Cure, Rolling Stones – and I hope comes through in my music,” Williams shares.

During her career to date the 21-year-old has supported the likes of Isaac Gracie, Mellow Gang, Hazel English and Stevie Parker.

Williams is also the founder the female collective ‘GRRRL GROANNN!!!’ inspired by the Riot Grrrl movement.

Advertisement. Scroll to continue reading.
In this article:Bryony Williams