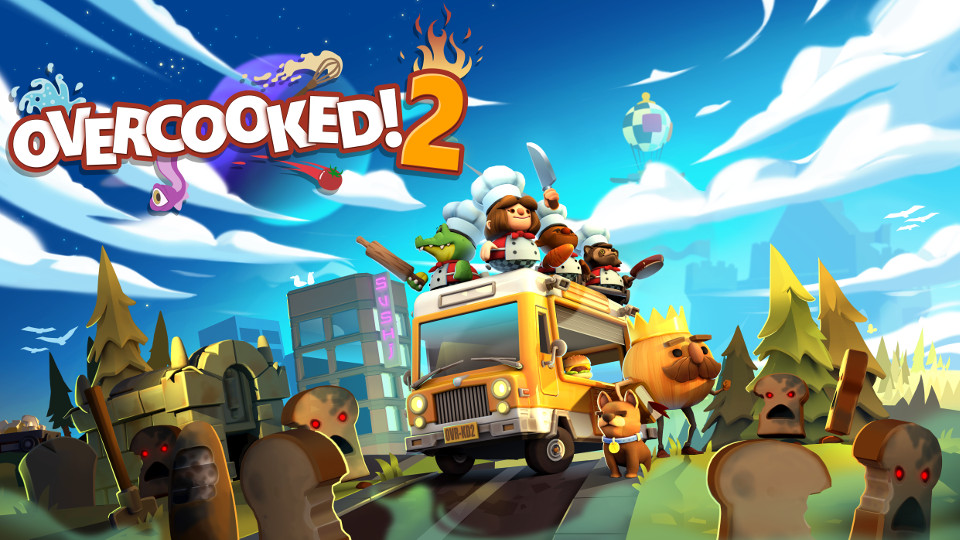 Team17 have announced that Overcooked 2, the sequel to the double BAFTA-winning cooking game, will launch on 7th August 2018 on Xbox One, PlayStation 4, Nintendo Switch and PC.

Overcooked 2 is a chaotic co-op cooking game in which players serve a variety of recipes including sushi, pasta, cakes, burgers and burritos to customers in a series of unconventional kitchens (including a hot air balloon, a magical Wizard’s school or even another planet). Players work solo or with up to three friends to prep orders while overcoming obstacles such as fire, collapsing floors, overbearing waiters and of course, the classic kitchen problem of floating work surfaces.

Watch the Overcooked 2 announcement trailer below:

New to the sequel is the addition of online multiplayer. There’s also new game mechanics including moving walkways, controllable platforms and portals. Throwing has also been added allowing you to toss ingredients to fellow chefs or kitchen equipment.

Overcooked 2 has been co-developed in partnership with indie developer Ghost Town Games, and the announcement of its launch was made at E3. The game is available immediately for pre-order.

Check out the official Overcooked 2 website for more information on the game.

View some screenshots from Overcooked 2 in our gallery: