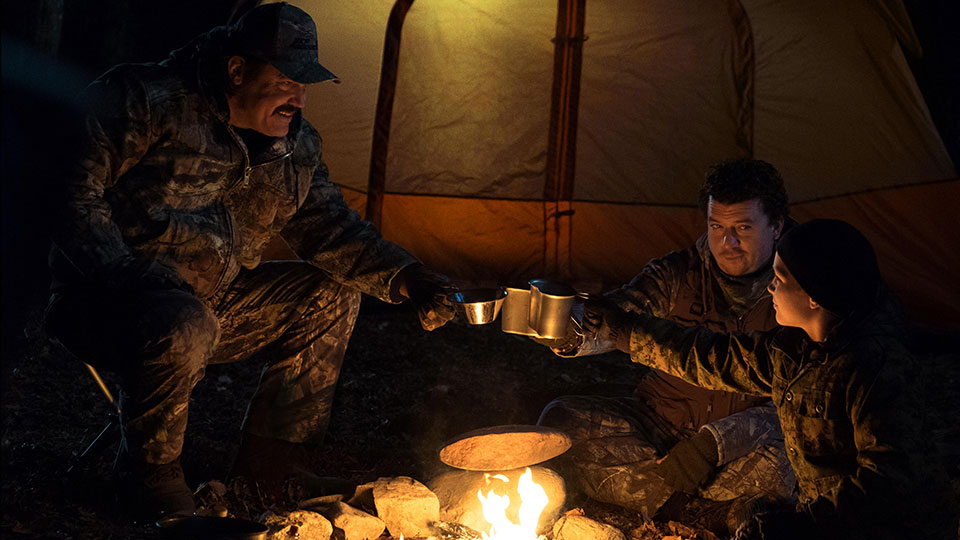 Streaming giant Netflix is producing more original content than ever before and it can be tricky to keep up with it all!

In July the platform will premiere a raft of new films, documentaries and TV series reflecting cultures from around the world. Long-running favourite Orange is the New Black will return for a sixth season and comedy movie The Legacy of a Whitetail Deer Hunter starring Josh Brolin and Danny McBride are among the premieres.

Quick wit takes on a whole new meaning when a group of fiercely funny, emerging comics take the mic for a series of 15-minute stand-up sets, filmed live in front of an intimate crowd at Atlanta’s historic Terminal West. The eclectic mix of comedians bring fresh takes on life’s issues, big and small, in a series of solo sets.

The second season of Anne With an E, inspired by Canadian novel Anne of Green Gables by Lucy Maud Montgomery, will debut in July. The series will continue to chart bold new territory, adding new characters and storylines while further exploring themes of identity, prejudice, feminism, bullying, gender parity and empowerment through the lens of its fierce, starry-eyed, irrepressible 14-year-old protagonist.

In Somebody Feed Phil, the original documentary series from the creator of Everybody Loves Raymond, Phil Rosenthal takes viewers on a goodwill eating tour of the world. Along for the ride are Phil’s friends, family and his trademark sense of humor.

The Legacy of a Whitetail Deer Hunter

Buck Ferguson (Josh Brolin), famous for hunting whitetail deer, plans a special episode of his hunting show around a bonding weekend with his estranged son, Jaden (Montana Jordan). With trusted – but hapless – cameraman and friend Don (Danny McBride) in tow, Buck sets out for what soon becomes an unexpectedly epic adventure of father-son reconnection in the great outdoors.

A policeman, a criminal overlord, a Bollywood film star, politicians, cultists, spies, and terrorists—the lives of the privileged, the famous, the wretched, and the bloodthirsty interweave with cataclysmic consequences amid the chaos of modern-day Mumbai. The series is based on the critically-acclaimed best-selling novel Sacred Games by author Vikram Chandra.

The story focuses on Sartaj Singh (Saif Ali Khan), a seasoned and cynical Bombay police officer, summoned by an anonymous tip one morning, a voice which promises him an opportunity to capture the powerful Ganesh Gaitonde (Nawazuddin Siddiqui), criminal overlord of the G-Company. As the stakes mount and Sartaj seeks knowledge of his prey, it becomes clear that the game the two players thought they were engaged in is in fact part of a much larger scenario, one that expands beyond their city.

When a drunken debate between two recent college graduates about whose father would win in a fight is taken seriously by their idiot dads, jobs are lost, relationships ruined, futures destroyed, and best friends come of age as they come to grips with who their fathers really are.

Orange is the New Black – Season 6

Jenji Kohan’s long-running women’s prison drama returns for a sixth season. Plot details are being kept tightly under wraps so there’s not a whole lot we can tell you before the show returns.

America has the most technologically advanced health care system in the world, yet medical interventions have become the third leading cause of death, and the overwhelming majority of high-risk implanted devices never require a single clinical trial.

In The Bleeding Edge, Academy Award nominated filmmakers Kirby Dick and Amy Ziering (The Invisible War, The Hunting Ground) turn their sights on the $400 billion medical device industry, examining lax regulations, corporate cover-ups, and profit driven incentives that put patients at risk daily. Weaving emotionally powerful stories of people whose lives have been irrevocably harmed, the film asks: what life-saving technologies may actually be killing us?

Advertisement. Scroll to continue reading.
In this article:Anne with an E, Graduates, Netflix, Orange Is The New Black, Sacred Games, Somebody Feed Phil, The Bleeding Edge, The Comedy Lineup, The Legacy of a Whitetail Deer Hunter