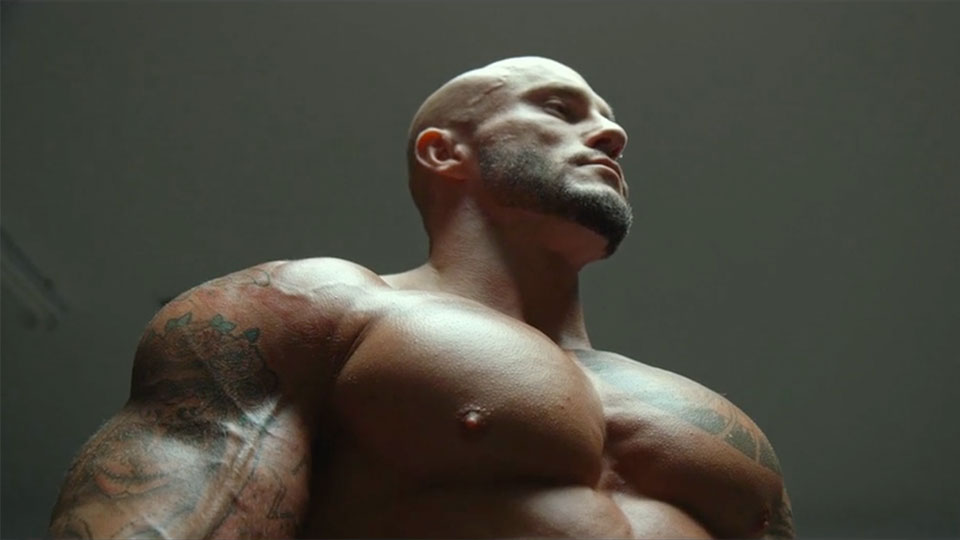 A Skin So Soft is a documentary of sorts from Canadian film-maker Denis Côté. Shining a spotlight on Canadian bodybuilders and the lengths they go to in order to achieve and sustain their bulging muscles, the documentary is a more a voyeuristic experience than it is a fully-fledged feature. A Skin So Soft introduces several people ranging from experienced bodybuilders through to fledgling ones but don’t expect to get to know all that much about any of them.

Going into this I was expecting a bit of a warts-and-all look at the extreme world of bodybuilding. Like most other things in life, bodybuilding can become an unhealthy addiction that rivals more mainstream addictions like drugs, alcohol and food. From the opening moments of A Skin So Soft, where we’re ‘treated’ to Cédric Doyon eating and breathing so loudly I actually wanted to ask him to be quiet, it’s clear that Côté has created something that’s not going to resonate with everybody.

If seeing the competitive side of bodybuilding is something you’re interested in, you’re not going to find much to enjoy here. While there are glimpses of that throughout the feature, it’s not a main focus by any means. Instead we watch as the various men, and a woman, work out and go about their daily life. We see glimpses of looks exchanged between bodybuilders who are clearly checking out their competition and we see the people in their everyday surroundings. I was waiting for a real moment where something would click and I’d invest in these people and it never came.

At the end of the film all of the participants are brought together for an overnight get together but even that fails to shed much light or interest for the viewer. It also feels staged unlike most of the documentary so it’s a bit jarring to watch too.

Honestly by the time the credits rolled, I had no idea what the point of A Skin So Soft was. It didn’t really allow me to relate to any of the people in the film nor did it really dig into very much of anything. All it really did was make me feel like I was watching a bunch of bodybuilders without their knowledge and that left me a little uncomfortable. I’m sure there was a good idea here somewhere and that it may have felt profound while filming but I just found A Skin So Soft endlessly dull.