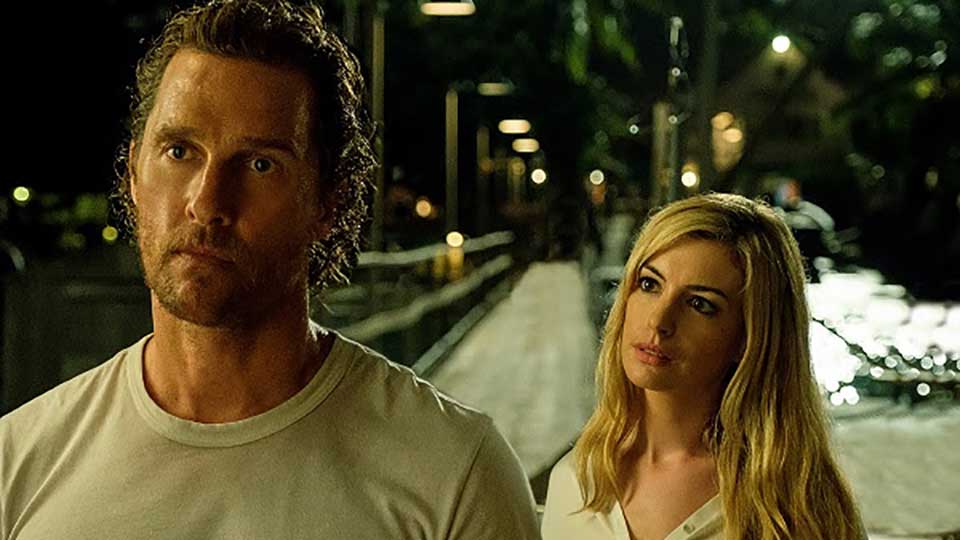 Matthew McConaughey and Anne Hathaway’s latest movie Serenity is one of three upcoming films that has been acquired by Sky Cinema Original Films.

The acquisition will see the films released in cinemas and on Sky Cinema on the same day. The films add to a slate that already includes British action thriller Final Score starring Dave Bautista and Pierce Brosnan.

Sky Cinema Group Director Ian Lewis said “I’m thrilled that we’ve acquired these fantastic titles to add to our Sky Cinema Original Films offering. It takes our originals slate to another level with some great films that we’re really excited about bringing to the UK market.

They’re all really fantastic propositions with some big names attached and will get people down to the cinema or watching on Sky Cinema.”

Find out more about the new acquisitions below:

The mysterious past of a fishing boat captain living in the Caribbean comes back to haunt him, ensnaring his life in a new reality that may not be what it all seems. Serenity stars Matthew McConaughey, Anne Hathaway, Diane Lane, Jason Clarke and is from writer/director Steven Knight.

A moving tale of two families interconnecting over multiple generations – is written and directed by Dan Fogelman, the creator of This Is Us, and writer of Crazy, Stupid, Love. Life Itself also brings an all-star cast to the screen, with Oscar Isaac, Olivia Cooke and Antonio Banderas among the A-listers starring.