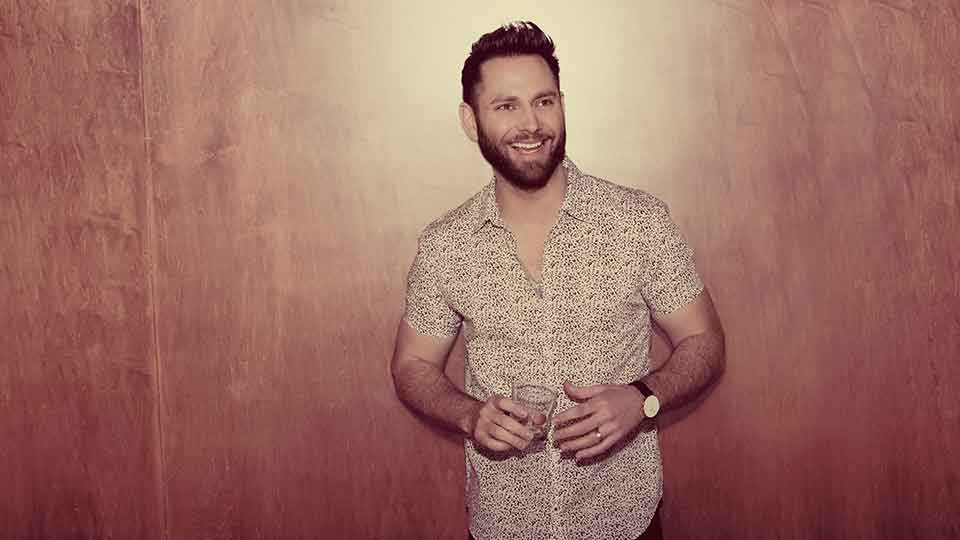 Nashville-based singer-songwriter Ryan Griffin is leading the current crop of new artists on the verge of breaking through in the charts and at Country radio.

He recently released three new singles – Good Company, Play It By Heart and Best Cold Beer – showcasing his versatility as both a songwriter and an artist. Collaborating with hit-maker Busbee, Griffin has been picking up plenty of recognition from some of the biggest publications in the world.

I caught up with Ryan recently to talk about his new music, discuss his plans for a full-length album and to find out about his experience working with Busbee.

Well first off that’s the best compliment ever that you can’t decide which one is your favourite. I love that so thank you. We’ve actually cut probably close to eight or 10 songs. Honestly we’re just crafting and creating the sound and creating the vibe in what we want to say. Busbee is the producer on it and also the songwriter. He’s jumped in and jumped on board and believed in what I was doing and is helping me craft it. We sat down and listened to the music and these three described what we wanted to do on all aspects. From Best Cold Beer, which is a little bit more of a traditional and kind of a turn of phrase, and then to Play it by Heart, which has a more contemporary pop leaning sound and lyric. Good Company is a song that is just a party song. It’s the equivalent to me of like a drop the tailgate kind of song for what I do. As a songwriter it’s really hard to run across those so those three songs just really mapped out where we want to go.

I really got the feeling from listening to the three songs of who you are as an artist and what you’re capable of doing. They’re all so different as well, you’re not just doing the same thing three times…

Thank you! That’s what we wanted to do. Man that’s great. Thank you.

Thanks man! I was talking to a friend the other day and they said that they really love Good Company. I was telling them that what I love about that song is that I feel like you can play it in downtown Manhattan and it works, it’s relevant or you can go play it on the beach in the Bahamas and it’s relevant. It translates to any kind of party vibe and any kind good time vibe. That song to me is just so much fun and it’s such a jam to play live. I always get really excited when I see it’s next on the set (laughs).

Give me a little bit of an insight into what it’s been like working with Busbee. What’s been your experience?

It’s so crazy the way that it all came about. When I got the phone call that he was into the music, it was really just out of the blue… he was looking for somebody to work with and a friend of a friend passed some stuff along to him. Next thing you know I get a phone call from the A&R for Busbee and (they) said, ‘hey, we’re really into what you’re doing. We’d love to get in the writers room and see if it clicks’. If it doesn’t work in a writer’s room, there’s no point because I write everything.

Bus and I got on the phone and started talking and instantly you could tell that there was a connection, musically and creatively. We talked about our history and where we’ve been, and what inspires and influences us. Then we got together in the writer’s room and that was the next challenge we have to get past and see if it’s going to work. Within a month we were knocking out 4, 5, 6 songs, everybody’s loving them and it’s just working.

He’s such a creative genius when it comes to melodies and production and lyrics. He’s really truly like a triple quadruple threat (laughs), there’s nothing that he can’t do. He’s amazing to have as that support system in a room and in a studio. It just kind of all worked and it came together. He helped me create the music and the sound that I’ve truly been chasing for a while here in Nashville.

What would you say is the biggest thing you’ve learned from him?

To be intentional when you’re writing and to not settle. There are so many times that we’ve been in a room together and there’s been a cool hook or cool vibe that’s happening in the room. He’ll fight for that right lyric, that right melody and that right idea for that day as opposed to just settling. That kind of determination and fight is truly what I think will hopefully help me stand apart but definitely it’s helped him in his career stand apart.

You were one of the co-writers on Kelsea Ballerini’s Platinum number one hit Dibs. What kind of opportunities did that open for you?

I think honestly it just gives you a little bit of a different… I don’t even know how to how to explain… it just gives you like a badge of honour, a little bit more cred in town. When your publisher is calling and asking to get a write with a bigger writer that’s had a bunch of hits or number ones, it has helped me to access doors that maybe I wouldn’t have able to previously. It makes you a part of that club (laughs), the hits club. That’s helped a ton. The other thing that helped on a personal level is walking into a room and feeling confident or being more confident in that what I’m doing people care about. It translates and it connects.

Last year you released the EP Sake of the Summer. What’s the plan now following the release of these three songs? Are you working on a new EP or a full-length album?

In the next couple of weeks we’re going to push out Good Company most likely with XM. Right now we’re gauging feedback. I just want to see how the music is translating, what people are connecting to and we’re continually creating. I was just mentioning the other day to somebody that we have eight tracks that we’ve professionally recorded… studio version recorded and we’re kind of sitting on those. These three that we talked about in the beginning, shaped the record and the sound so that’s where we put these three out. We’re continually just molding it and growing and crafting what will potentially be a record in the next couple of months or hopefully this year.

Do you have any plans to come over to the UK and do any shows? I have a feeling you’d do really well over here…

Man I would. .. that is a huge… it’s like top of my bucket list to come over to UK and Australia, just go over there and experience that culture and see how the music translates over there. I’ve had so many friends, including Kelsea, that have gone over there and said that the people are just so hungry for great lyrics and for great music, and they listen and they’re just so respectful to music and that’s one of the huge, huge reasons that I have this pull to go over there and play music. As soon as that opportunity comes up, I’m gonna be hopping on jet and coming over.

What are you plans for touring in the US for the rest of the summer?

We’ve been fortunate to play in front of some great crowds and we just got back last night from Missouri, we were playing a little private show. Next week we go out to Iowa and Kansas City the week after that. It’s festival season here in the US so we’re hitting all the major fairs and festivals and then hopefully this fall we’re going to hop on a little tour, get out there and just honing our craft and playing our music. 2019 is really what we’re setting up to be the big launch for touring season because everything booked about a year in advance. Hopefully I’ll get out and hop on a tour and be able to share this music every night, that’s the goal.

You’ve been picked up by a lot of influential publications like Rolling Stone and Sirius XM. How does it feel for you as an artist that’s emerging to be getting that kind of recognition?

To get that recognition, just makes me feel like I’m doing something right… like I’m being honest with the music and that it’s translating and that people care. That’s the coolest thing when I’m sitting in a writer’s room every day trying to write a lyric that people are going to care about but yet it’s still genuine and authentic to me. That’s my little gauge of going, ‘alright, you haven’t made it but you’re on the right track’ (laughs) If you’re starting to get attention from these outlets and just having people jump on and be champions of the music, I’m kind of speechless when it comes to that. That’s amazing and I’m so appreciative of it.