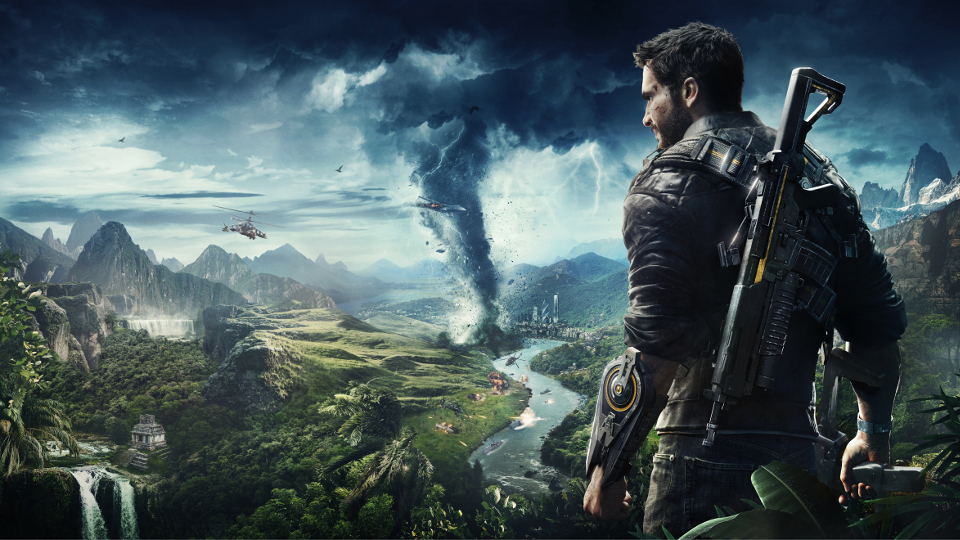 At the Xbox E3 press conference, Square Enix and Avalanche Studios announced Just Cause 4. The game was unveiled with a new gameplay trailer (see below) and will be available on December 4th, 2018 for Xbox One, PS4 and Windows PC.

The fourth instalment of the series sees Rico Rodriguez return with his trademark parachute, wingsuit and grapple hook, now enhanced with new functionality and fully customisable. Making it the most powerful and creative tool the player has ever had.

Watch the Just Cause 4 announcement gameplay trailer below:

Just Cause 4 is set in the fictional South American world of Solis. It takes the series incredible destruction and unique physics to a whole new level with the introduction of tornadoes and other Extreme Weather events including blizzards, sandstorms and torrential downpours. The game has four distinct biomes: Rainforest, Grasslands, Alpine & Desert. With each biome offering its own individual, fully simulated weather event, players will have a truly unique experience as they traverse this deep, diverse world.

Watch the Welcome to Just Cause 4 video below to hear more from the developers:

As part of their most ambitious E3 to date, starting June 12th, Square Enix will present the Just Cause 4 E3 Blowout. Live from the LA convention centre, this 3-day stream will feature exclusive content, including video premieres from world famous YouTubers, brand new Just Cause 4 gameplay and deep-dive developer interviews.

Watch the Just Cause 4 E3 Blowout Livestream teaser below:

View some Just Cause 4 screenshots in our gallery: