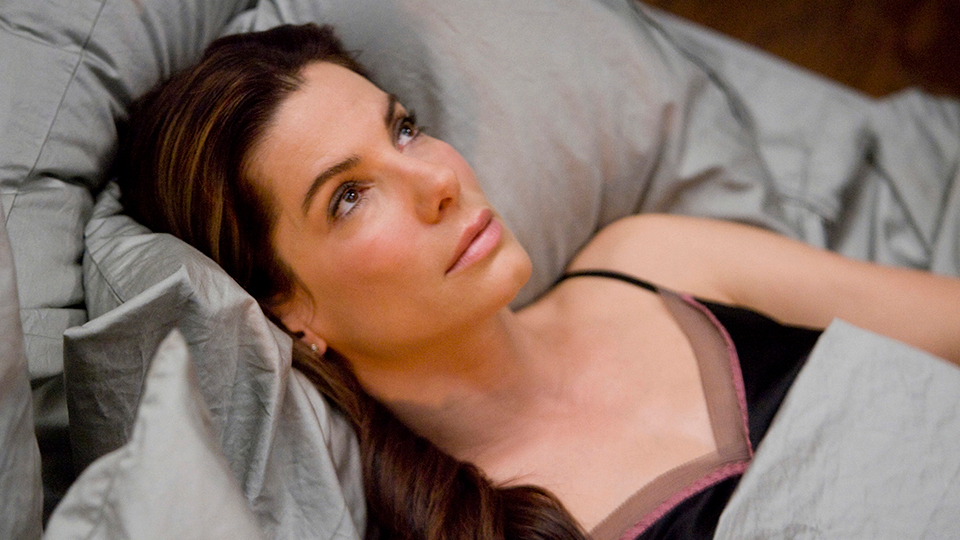 Sandra Bullock has been charming audiences since the late 80s but she achieved her first real breakthrough as Lenina Huxley in 1993’s Demolition Man opposite Sylvester Stallone and Wesley Snipes.

The actress will next be seen leading a cast of incredible women in Ocean’s 8 where she plays Debbie Ocean, the estranged sister of Danny Ocean (George Clooney). She also executive produces the heist drama, which centres on a plan to rob the Met Gala.

Before the film arrives in cinemas in the UK (it’s opened in the US already), we’re looking back at Bullock’s incredible filmography to find out what her Top 10 highest-grossing films are.

Bullock’s first time properly leading a film, While You Were Sleeping is a classic romantic comedy. In the film she stars as Lucy Eleanor Moderatz, a woman who saves the life of a man (Peter Gallagher) she has a crush on. Accidentally mistaken for his fiancée, Lucy goes along with the deception and finds herself falling for the man’s brother, Jack (Bill Pullman).

Starring alongside Hugh Grant, Bullock played liberal lawyer Lucy Kelson who ends up accepting a job offer from wealthy playboy George (Hugh Grant) despite having a completely different set of values to him. Of course, Lucy becomes more than just an employee and the sweet romantic comedy delivers on romance and laughs.

Honestly we’re pretty surprised this one isn’t higher up the list. Bullock stars as FBI agent Gracie Hart, who goes undercover at a beauty pageant to uncover who is behind a bomb threat. It’s a fish out of water comedy and it’s Bullock at her comedic best. The sequel may have been a bit of a miss but the original remains an absolute classic.

The first of two animated movies to appear in the list, The Prince of Egypt is an adaptation of the Book of Exodus and it tells the story of Moses (Val Kilmer). Bullock voiced Miriam, the sister of Moses and Aaron (Jeff Goldblum). The singing you hear from Miriam comes from Sally Dworsky.

Buddy cop action comedy The Heat saw Bullock star opposite Melissa McCarthy under the direction of Paul Feig (Bridesmaids). Surprisingly well-received by the critics, the film saw Special Agent Sarah Ashburn (Bullock) team up with Detective Shannon Mullins (McCarthy) to take down a mobster in Boston. Bullock and McCarthy had fantastic chemistry, which is a large part of the film’s success.

Following on from her critically-acclaimed performance in 2005’s Crash, Bullock generated a lot of buzz with her turn as Leigh Anne Tuohy in The Blind Side. Based on a true story, the film told the story of a gifted football player from a poor background who was adopted by Tuohy. Bullock picked up an Oscar for her performance in the movie.

Anne Fletcher’s box office hit was a return to the rom-com genre for Bullock. This time she played Margaret Tate, the chief editor at a New York publishing house, opposite Ryan Reynolds who played her assistant Andrew Paxton. The plot centred around a green card marriage but what started out as convenience, soon turns into romance.

Is there anyone in the world who hasn’t seen Speed? Bullock starred as Annie Porter opposite Keanu Reeves in the nail-biting thriller, which saw her take control of a bus that couldn’t drop below 50mph otherwise it would explode, killing everyone on board. It’s a complete popcorn movie but damn it’s good!

Oscar-winning Gravity, directed by Alfonso Cuarón, stars Bullock and George Clooney. The actors play astronauts stranded in space after the mid-orbit destruction of their space shuttle. The claustrophobic film picked up a ton of critical acclaim and awards, and it’s considered to be one of the finest science fiction films in years.

The spin-off from the hit franchise Despicable Me saw Bullock voice the character of Scarlett Overkill, the first female supervillain. She hires the minions to work for her, takes them to her home in England and ropes them into a plot to steal the Imperial State Crown from the Queen. The movie is a lot of fun and with minions being iconic characters now, it’s no surprise that this is Bullock’s highest-grossing movie to date.

In this article:Gravity, Minions, Miss Congeniality, Oceans 8, Sandra Bullock, Speed, The Blind Side, The Heat, The Prince of Egypt, The Proposal, Two Weeks Notice, While You Were Sleeping