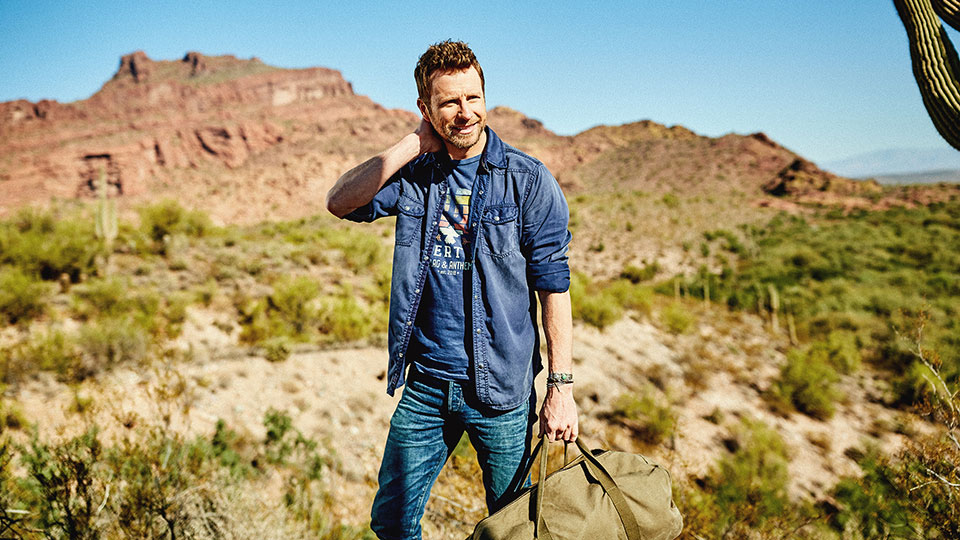 Dierks Bentley divided critics and fans with his 2016 release Black. That album moved away from the roots of Bentley’s sound, embracing a more contemporary sound that fit with contemporary Country music. Lead single Somewhere on a Beach was a summer crossover anthem and it paved the way for follow-up singles Different for Girls with Elle King, the title track Black and final single What the Hell Did I Say. Personally I loved Black and thought it was a very strong record. For his ninth studio album The Mountain, Bentley has produced a collection of songs that nods to every period of his career while pushing forward with a modern sound.

Inspired by the Telluride mountains in Colorado, much of the album was written and recorded over 5 days. Bentley took six songwriters to a retreat in the town, feeling that he couldn’t properly express what he wanted to in Nashville. The first single from the record was Woman, Amen and it couldn’t be any timelier. With the #MeToo movement at the forefront of everyone’s minds, the song finds Bentley appreciating and celebrating a woman. It’s a spiritual successor to Different for Girls, moving the conversation on from inequality to expressing gratitude.

Woman, Amen only scratches the surface of what Bentley has to say on The Mountain. He’s described the record a cross between 2010’s Up on the Ridge and 2016’s Black, and to be fair that’s a pretty spot on description. The Mountain opens with Burning Man, featuring Brothers Osborne, and it’s a song about being human and finding your way through life in the best way you can. The addition of Brothers Osborne elevates the track and it’s one of the standout moments on the record.

Title track The Mountain harks back to more classic Bentley with a rock-tinged Country slant. The intricate guitar riffs on the verse open up to a soaring chorus and lyrically the song is about moving on to the next challenge. You Can’t Bring Me Down is a punchy anthem exploring the lessons you learn in life and understanding how to let go, while piano ballad My Religion is a surprisingly emotive love song.

Elsewhere on the record Bentley adds a beat to the catchy Goodbye in Telluride, Son of the Sun captures Bentley’s wanderlust and Travelin’ Light is a collaboration with Brandi Carlile that could have come from Up on the Ridge. The album comes to a close with How I’m Going Out, a song that reflects on a life well-spent before it all comes to an end.

My favourite moment on the record comes on One Way, an acoustic track that strips back the instrumentation. It’s nice to hear Bentley is a less cluttered environment and you can hear the softer parts of his voice. One Way is the kind of song that lodges into your brain thanks to its catchy melody.

With The Mountain Bentley should appeal to those fans who felt that Black wasn’t what they wanted to hear from him. Everything he does is worth a listen and The Mountain sounds a little more organic than Bentley’s recent output. There’s a fantastic mix of sounds across the record showcasing Bentley’s many influences but keeping things truly Country at heart. The album is incredibly reflective with a theme of defiance running through it. He sounds free and energised, and The Mountain is his most refreshing collection of songs yet.