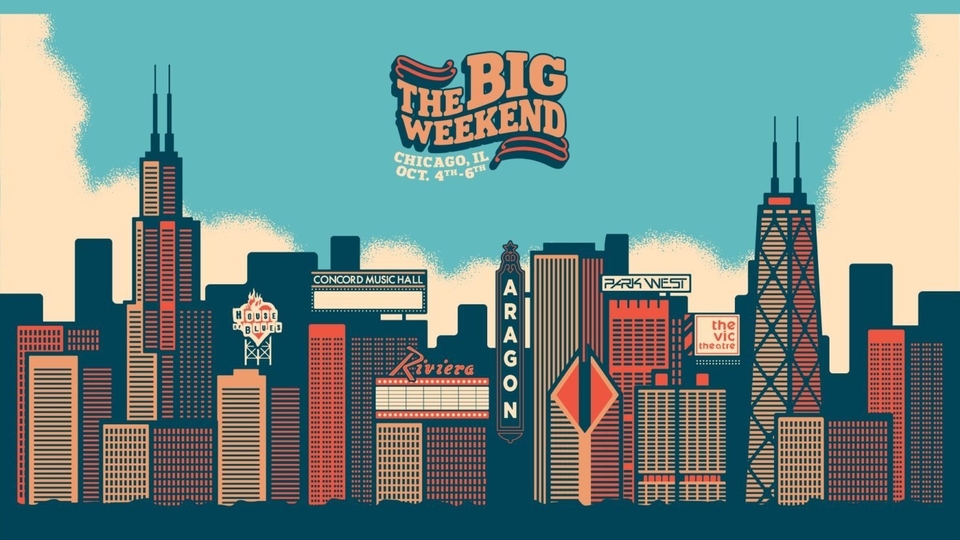 Silver Wrapper, Live Nation and JAM Productions have revealed that The Big Weekend is heading to Chicago for three nights of music across five venues in Chicago this October. Following the model of a city takeover, the inaugural festival will include performances from the likes of Umphrey’s McGee, Lettuce, Emancipator Ensemble, Leftover Salmon, Papadosio and more to be revealed. Early and late performances allow for multiple venue visits an evening and afternoon surprises with artists are also in the works.

Tickets will be on sale on Friday, Central and CID Entertainment is offering a Big Weekend VIP Experience that bundles a ticket to a Friday & Saturday night concert with premium access at each show. For fans seeking a weekend getaway, travel packages are also available that include hotel reservations at Cambria Chicago and concert tickets on Thursday, Friday and Saturday.

Michael Berg of Silver Wrapper Presents comments: “When the idea of bringing The Big Weekend concept to Chicago came to us, we loved it. Previously, we had used a similar concert series model on events such as the Chicago Bluegrass and Blues series, so we knew it could work. The music of the extended jam scene is at the heart of the Silver Wrapper concert community, so we’re especially excited to see this one come to life and start a new fall music tradition in Chicago.”

The Big Weekend Chicago line-up is below:

The Big Weekend will take place between 4th and 6th October in Chicago.

In this article:The Big Weekend