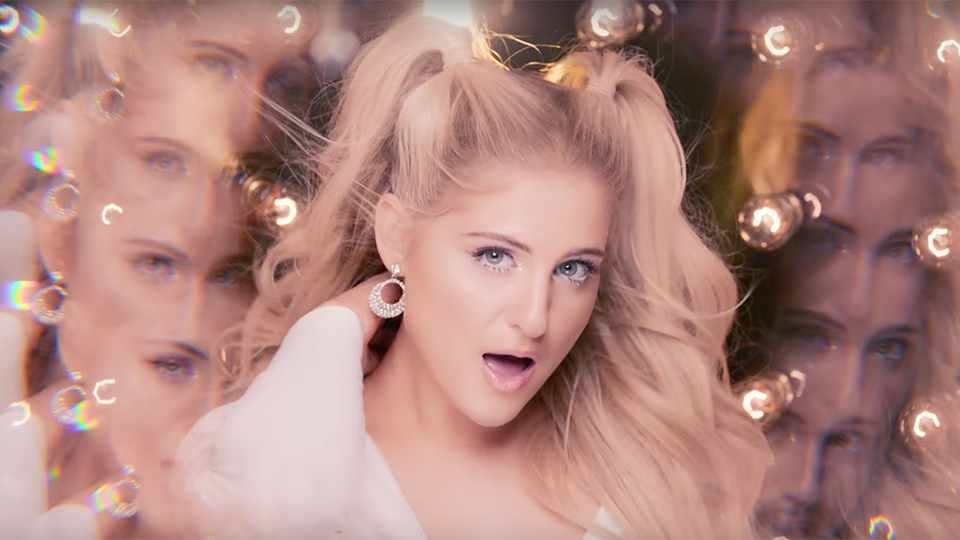 Meghan Trainor has teamed up with Colin Tilley for the music video for her new single Let You Be Right.

The two previously collaborated on Trainor’s video for No Excuses, the first single from her upcoming album. Let You Be Right is another slice of sassy pop that has been building online since the audio was released.

The song is a mix of finger-snapping funk and catchy pop, and the video finds Trainor dancing in a bowling arcade as well as performing to camera.

Trainor is currently putting the finishing touches on her new album, due for release very soon. Lead single No Excuses hit number one on the US iTunes singles chart and has been a hit at Pop and Hot AC radio.

All of the tracks released from the album so far, including Can’t Dance and Let You Be Right, were written with collaborator J Kash and producer newcomer Andrew Wells.

As well as her music, Trainor will return to The Four for the second season premiere in the US tonight on FOX.

Since emerging on the scene with All About That Bass in 2014, Trainor has established herself as one of the most prominent female artists in pop music. She’s had seven multi-platinum singles, released two platinum albums, sold-out three headline tours and written multi-platinum hits for pop and Country artists.

Trainor has also picked up countless awards and nominations across the world.

Advertisement. Scroll to continue reading.
In this article:Meghan Trainor