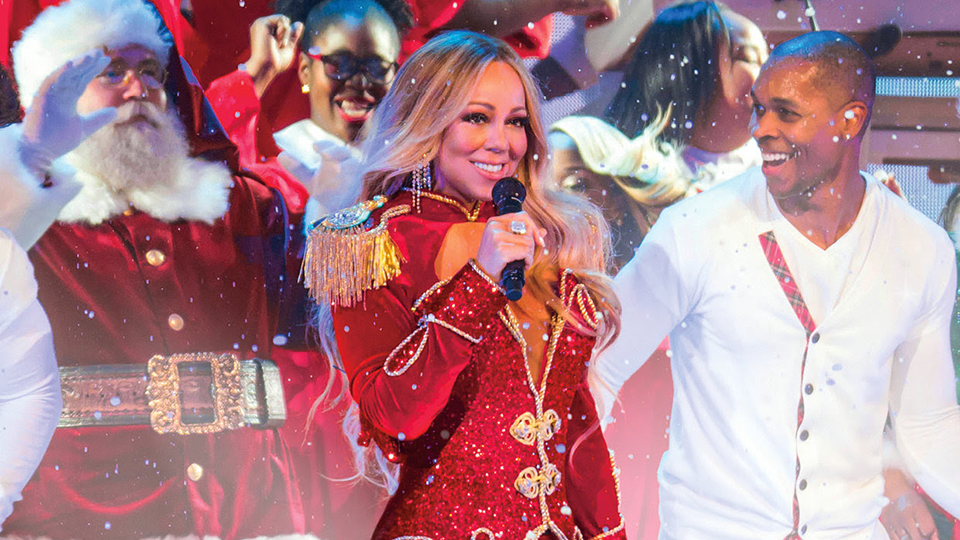 Mariah Carey is bringing her All I Want For Christmas Is You Tour back to Europe in December following its debut run last year.

The tour opens in Norway on 1st December 2018 and it includes 10 dates. Carey will perform three shows in the UK at Nottingham, Leeds and London.

All I Want For Christmas is You sees Carey performing selections from her two Christmas albums – Merry Christmas and Merry Christmas II You. During her shows last year, she performed a couple of her biggest hits too but the overall setlist was festive classics, including Carey’s iconic original Christmas songs.

Carey is making a real investment in terms of coming back to the UK to perform live. The All I Want For Christmas is You Tour will mark her fourth time touring in the UK since 2016.

2017 marked the first time that Carey had taken the All I Want For Christmas is You tour outside of New York, where she had previously had a Radio City Hall Residency.

Tickets for the Mariah Carey All I Want For Christmas Is You Tour go on sale Friday 8 June at www.livenation.co.uk.