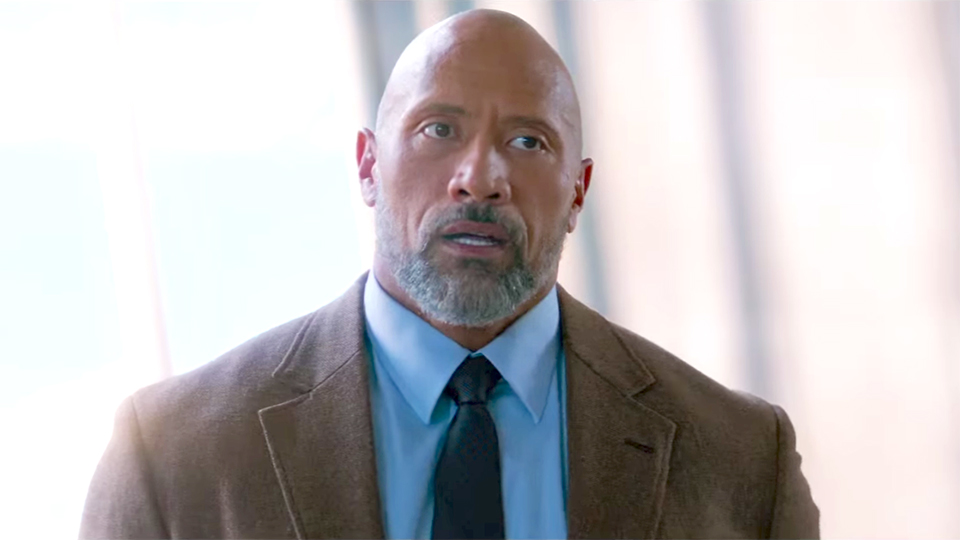 Dwayne Johnson aka The Rock made his feature film debut in 2001’s The Mummy Returns as Mathayus the Scorpion King.

Despite his critics, who scoffed as the former wrestler trying to make it as a movie star, Johnson reprised his role from The Mummy Returns in his own spin-off movie The Scorpion King in 2002. He had a rocky start (no pun intended) when he first transitioned to acting but over the past 17 years, Johnson has starred in some of the biggest box office hits and proven his critics wrong.

He will next be seen in Skyscraper, arriving in cinemas on 12th July, so we’ve taken a look back over his career so far to find out what his 10 highest-grossing movies are…

The 2013 action film saw Johnson star as Marvin F. Hinton aka Roadblock, one of the G.I. Joe unit. He starred alongside Bruce Willis, Channing Tatum, Ray Park, Joseph Mazzello, Ryan Hansen, Adrianne Palicki and Elodie Yung. The critics weren’t fans of the movie but that didn’t stop movie-goers flocking to see it.

The most recent of Johnson’s films to make the list, Rampage was based on the video game series of the same name and released earlier this year. It received a mixed reception from the critics but it currently holds the highest rating on Rotten Tomatoes for a film based on a video game. Naomie Harris, Malin Akerman and Jeffrey Dean Morgan co-starred and while it’s not going to be a classic, Rampage proved to be a fun viewing experience.

The only surprise here is that the film doesn’t rank higher in the Top 10. The second in The Mummy franchise, this was Johnson’s feature film debut in 2001. Granted he didn’t have to do all that much but he did pick up a Teen Choice Award for Choice Movie Villain. He impressed enough to get his own spin-off, The Scorpion King, a year later.

If there’s one film on this list that truly encapsulates a real summer blockbuster it’s this one from 2015. San Andreas is unlikely to win any serious acting awards but the film if a complete hoot. Johnson makes for a solid leading man as Los Angeles Fire Department helicopter rescue pilot Chief Raymond Gaines. The cast was pretty epic too with Carla Gugino, Alexandra Daddario, Ioan Gruffudd, Archie Panjabi, Paul Giamatti, Colton Haynes and even Kylie Minogue among the stars

The first film of the long-running franchise that Johnson has starred in, Fast Five (2011) introduced fan favourite character Luke Hobbs. As with the other films in the series, Fast Five is a turn your brain off and enjoy the ride kind of movie and that’s no bad thing. Johnson went on to star in three more instalments after this one.

A change in pace for Johnson, Moana (2016) is one of the few entries on this list that isn’t an action blockbuster. Instead Johnson lent his voice to the Disney animated movie and portrayed demigod Maui, who accompanies Moana (Auli’I Cravalho) on her epic journey. The feel-good family movie was well-received and it’s already considered a Disney classic.

The second appearance for Johnson in the franchise, Fast & Furious 6 (2013) is pretty much business as usual for the high-octane, adrenaline-fueled car/action movie. With an extensive cast and an already established fanbase, it didn’t take too much persuading to get film fans to part with their money to go and see this one.

The sequel to the late Robin Williams’ 1995 family movie, Johnson starred as Smolder Bravestone in 2017’s Jumanji: Welcome to the Jungle. His character was clearly based on Indiana Jones and he got to showcase a little more of his comedic abilities. One of the best-reviewed films included on this list, Jumanji: Welcome to the Jungle was a great family movie that combined humour, fantasy and action for an entertaining two hours.

Riding on a huge box office wave following the success of 2015’s Furious 7, Fast & Furious 8 arrived in 2017 and continued the long-running action series. Johnson once again reprised his role as Luke Hobbs and for this film his character was allied with Dom (Vin Diesel) and his team. It’s the second highest-grossing film in the franchise.

2015’s Furious 7 may top the list but it didn’t come without a whole lot of pain. Paul Walker died during filming and his brothers Caleb and Cody were used as stand-ins to complete filming on the movie. It’s unsurprising that out of all of the Fast & Furious films, this is the one that’s done the best at the box office. Johnson’s involvement was almost scuppered by his commitments to Hercules but thankfully it all worked out!

Skyscraper is released in cinemas on Thursday 12th July by Universal Pictures UK. Watch the trailer below: