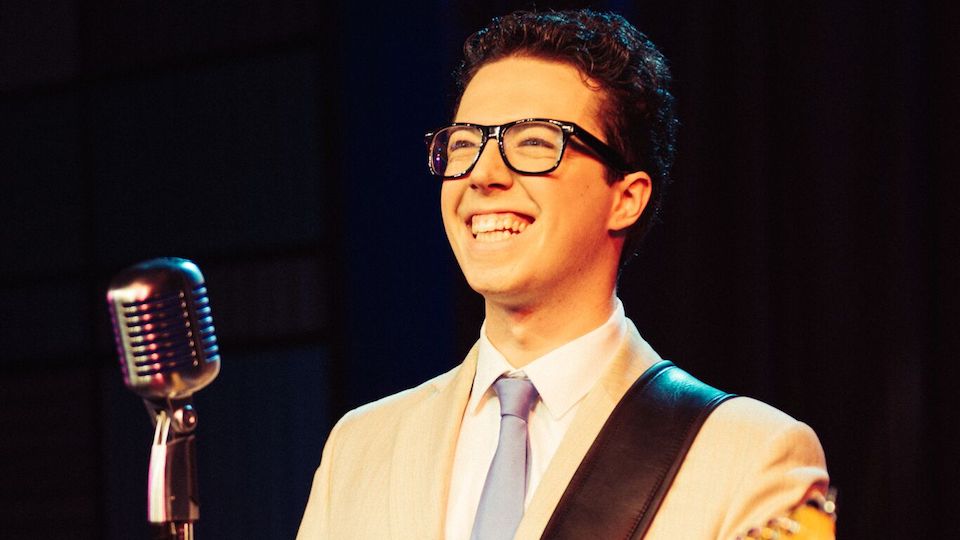 Having just completed a hugely successful 6-month tour of the US & Canada, smash hit rock & roll musical Buddy – The Buddy Holly Story is set to celebrate its 30th anniversary next year by making a triumphant return to its original opening venue and spiritual home, Theatre Royal Plymouth. Buddy will open on Tuesday 3rd September 2019 and play for 1 week before embarking on a UK wide tour.

Fittingly, the Plymouth run will also see Buddy being performed on Buddy Holly’s birthday (September 7th), allowing the cast and crew to pay homage to the man who inspired the smash hit success.

To celebrate this landmark anniversary, there will be a special gala performance on Monday 2nd September 2019, with a limited number of tickets being offered at the original 1989 prices (from £7 – £10.50). Further details of this exclusive event will be released in due course.

Buddy ran in the West End for over 14 years – playing the Victoria Palace, Strand (now Novello), and Duchess Theatres – making it one of the longest-running shows in London theatre history! 2019 sees Buddy joining a small – but lauded – number of iconic musicals including Les Miserables, Phantom of the Opera, Joseph and the Amazing Technicolour Dreamcoat, Miss Saigon, Evita and Cats in reaching three decades on stage.

Buddy tells the enduring tale of the musical icon’s meteoric rise to fame and his final legendary performance at the Surf Ballroom in Clear Lake, Iowa, before his tragic and untimely death at the age of 22. In 18 short months the Texas-born boy revolutionized the face of contemporary music influencing everyone from The Beatles to Bruce Springsteen. Audiences will be treated to 20 of Buddy Holly’s greatest hits, including timeless classics That’ll Be The Day, Peggy Sue, Oh Boy and Rave On.

Tickets for the Plymouth dates will be on general sale on Friday 8th June at 10am and can be purchased at https://www.buddythemusical.com/. Casting and tour dates yet to be announced.

In this article:Buddy – The Buddy Holly Story