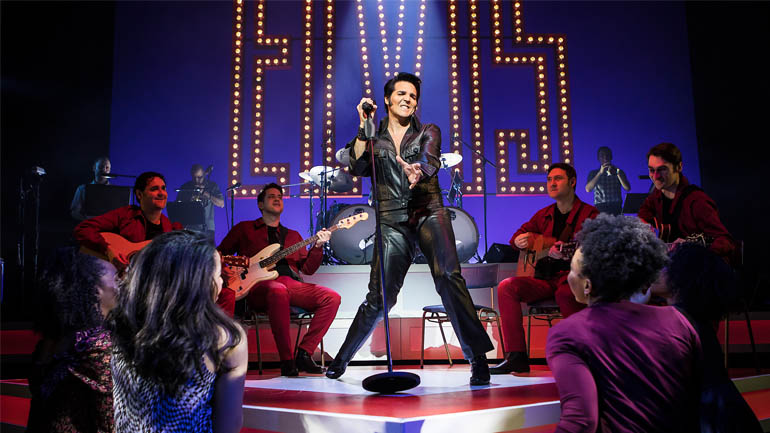 This Is Elvis at Leeds Grand Theatre

From 4th June at Leeds Grand Theatre, Elvis will be firmly back in the building to celebrate the 50th anniversary of the NBC ‘Comeback Special’ – a legendary television performance which placed Presley firmly back on the throne as the King of Rock and Roll.

Following the true story of a pivotal period in Elvis’s life and career, This Is Elvis charts The King’s journey back to stardom and his return to success as a stage performer.

The musical from Bill Kenwright recreates all the drama leading up to the comeback, as well as staging the monumental concert and The King’s Vegas debut.

The show features many of Elvis’s greatest hits, including, Hound Dog, Love Me Tender, Jailhouse Rock, Are you Lonesome Tonight?, Can’t Help Falling in Love, In The Ghetto, Suspicious Minds, American Trilogy and many more.

In the coveted role of Elvis is international award-winning tribute artist and actor Steve Michaels. His masterful performance and remarkable renditions of The King have garnered him worldwide attention, playing alongside some of Elvis Presley’s iconic bandmates, including legendary drummer DJ Fontana and bassist Jerry Scheff, and the extraordinary Jordanaires and Sweet Inspirations.