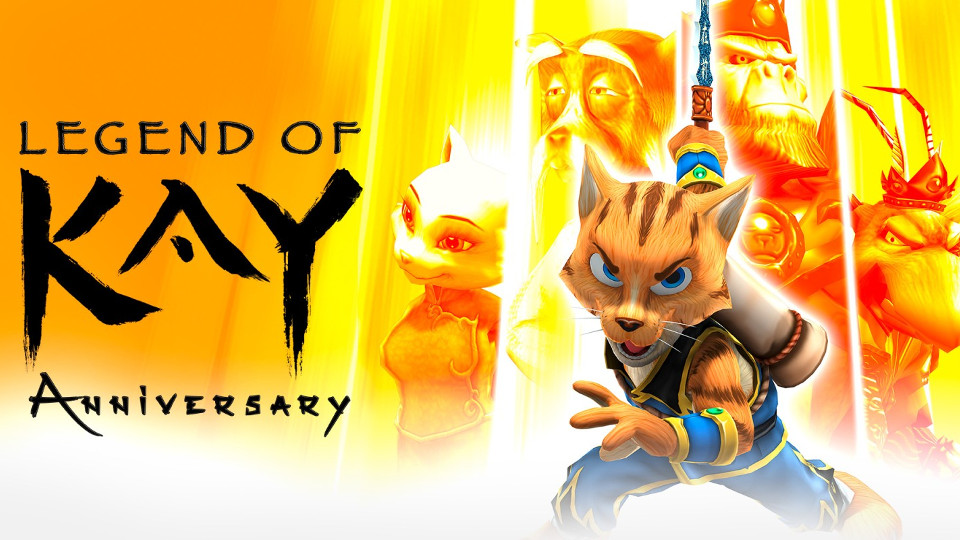 THQ Nordic have announced that the quirky Action-RPG Legend of Kay is now out on Nintendo Switch.

Since its initial release on the PS2, Legend of Kay has been well received by both critics and consumers alike and was subsequently ported to the Nintendo DS. 10 years later, the game has been remastered and ported to PC/Mac, PS3, Xbox 360 and PS4 and Wii U under the name Legend of Kay Anniversary.

Legend of Kay Anniversary is a thoroughly remastered version of the original game including high-resolution textures, new character models with extra detail, modern rendering techniques and crystal-clear surround sound. These improvements have allowed THQ Nordic to bring the game to a whole new generation of players.

Also included are various mini-games such as wild boar racing, dragon flying and wolf riding. Finally the game features online rankings allowing you to compare your score with your friends’ and compete against the best in the world.

View some screenshots from Legend of Kay Anniversary Edition in our gallery:

Advertisement. Scroll to continue reading.
In this article:Legend of Kay, Nintendo Switch