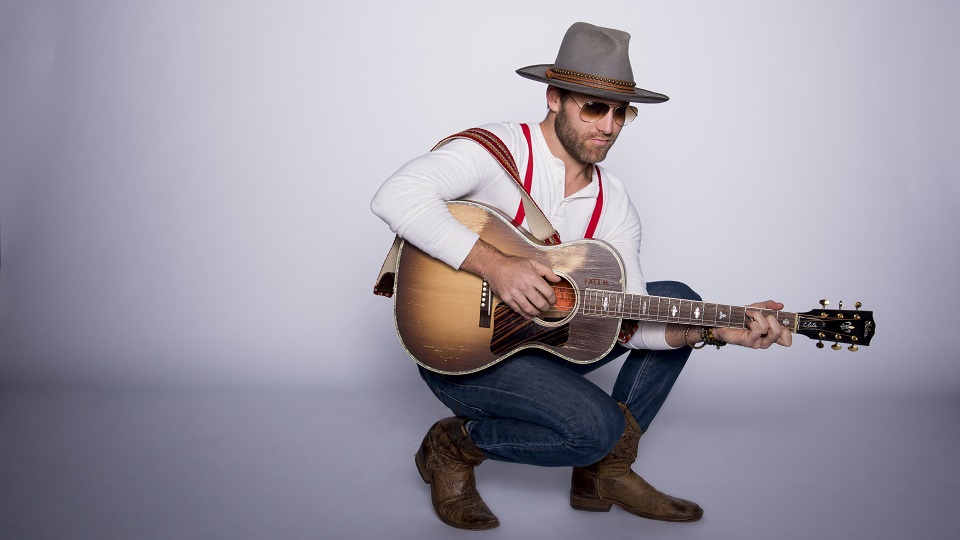 Drake White made a huge splash with his debut album Spark back in 2016, winning critical acclaim and a whole wave of fans – including over here in the UK.

His soulful voice and smooth moves made him one of the biggest surprises at last year’s C2C: Country to Country Festival, and he built on that with outstanding performances in Country Music Week, both supporting Kip Moore on his UK and headlining a sell-out show at London’s Borderline. Now he’s back with his latest EP, Pieces.

I recently caught up with Drake to talk about the new EP, his plans to return to the UK this autumn, and what he’s learnt from touring.

Last time you spoke to us was when you came over here for Country Music Week – what have you been up to since then?

You’re coming back over here again to tour in October. What can people coming to see you at those shows expect?

Just a night of memories, y’know? A night of forgetting you’re in the world for just a second. That’s our goal – just to get out there and create memories for folks. I think people can expect a lot of the same. The UK and Europe fans have been so loyal to Spark that that kind of built the foundation for what we’re putting out now with Pieces, and I think that they can expect a lot of energy and a lot of happiness and fun in the live shows. And loudness, and me jumping around and climbing everything I can climb. It’s gonna be a lot of fun.

Do you find that UK fans react differently compared to fans in the US or other places?

I’ve got that question a couple of times, and I think the UK fans are really appreciative of us coming over there. They know a lot of the B-side tracks, y’know? They know a lot of the words of the deep cuts and stuff like that, and they seem to really digest them and take the time to learn more than just the hits, I’ll say that. But at the end of the day, they’re great. They’re both different in their way, UK vs American fans, but we just got back from Canada and they’re a little different in their ways. It’s just a geographical difference of personality and what people prefer and what people digest and how they digest it. But the European fans are gonna give you their attention, and they’re gonna give you the respect to sit there and listen. They know all the tunes on Spark, even the B-sides.

Pieces is your new EP – can you tell us a bit more about that?

Yeah, we decided to release five tunes and call it Pieces because that’s how we’re gonna release the music. Every couple of months we’re gonna release new tracks, new songs. I believe that people need to be served and this will let us serve the fans, hopefully give them what they want, and just release more music. So we’re writing all the time, we have all these outlets to release the music, and I don’t want to overthink. I just wanna go out there and give the fans the music, y’know? Don’t waste the songs, don’t waste any time, just go out there and push music out to these fans. That’s my intent on Pieces, and that’s why I called it Pieces cause I’m gonna release more on top of that. And then I have an overarching idea to come back and hopefully release an album before the end of the year as well.

Do you have a favourite track on the EP?

Favourite songs are tough for me. I think they’re tough for everybody. I think Girl In Pieces is the one that’s fun to play, and it’s the one that people are resonating with. The Best Is Yet To Come, I wrote for my wife, and I just love playing and singing that song. I love the way it sounds and feels. So those two kind of stand out. But I also love performing Grandpa’s Farm and After Midnight. We’re mixing these in and putting them out there, and it’s really just a fan thing. Like whatever the fans get excited about, that energy, I feed off that energy. They’re getting excited about Girl In Pieces and The Best Is Yet To Come right now, I feel that. So those are fun to play.

You’ve mentioned you’re doing a lot of writing at the moment – do you have a typical writing process? And has it changed much over time?

Yeah, I think it evolved. First of all I don’t think there’s such a thing as a typical writing process for me. I think people have different ways of doing it. There’s a lot of different ways to skin a cat, is what my grandpa would have to say. But there’s a lot of different paths to the same destination, and you just gotta do what makes you feel creative and get into that space and go. For me songwriting is an outlet, and that outlet is to express myself. And music – I play music to show people a good time. That’s what I do. I may play a sad song but I’m still trying to evoke a feeling in someone and make them forget about their worries and their troubles and just make them go to a place that they might not go. Just help them along a little bit. And maybe it helps them through something. But writing for me can come in the wind, it can come in music, it can come in just hanging out with my wife, it can come in nature, in doing outdoor activities or whatever. So I just try not to overthink it. Just let it flow.

Is there a song you wish that you’d written?

That’s a difficult question. If I had to just answer it – if there was a gun to my head and I had to answer it – I think it would be amazing to have written I Will Always Love You, the Dolly Parton song. That’s a wonderful song. Seven Spanish Angels is a great song, y’know? So one of those two, I think. But it is really tough to answer that.

You’ve just come off touring with Kip Moore in Canada, and have been out on the road both with other artists and as a headliner. What have you learnt from touring?

Oh, man! You never know what people are going through. You never know who you’re helping. And guess what? There’s a reason that you are where you are, and take every single show, take every handshake, every person as an opportunity to do good. And that’s what I’ve learned. Don’t take anything for granted out there. You could be playing a Domino’s Pizza or you could be playing the Grand Symphony, y’know? They all matter. Every person, every show, every note, every song, every bit of it matters. And every bit of it’s important for your story. And guess what? Your story’s the only story that matters. Don’t quote me on that, because that can be misconstrued as I’m being selfish. I’m saying don’t get concerned about everybody else’s path. It’s your path, it’s your life, your own thing. Just keep your blinders on and keep going. But everything matters. It’s about the people. It’s about the damn fans, and just serving them. Serving fans, that’s what it’s about.

What’s next for you? Is it writing and touring for the foreseeable future?

Yep. That’s the plan – I mean, we’re never gonna stop. Hopefully 25 years, 30, 40 years goes by, we’re gonna be out here playing. We got our instruments, we got songs, we’re gonna be out here and continuing to create this church. I built the foundation with Spark and my band, been out there touring and I’m gonna continue to serve these fans. We’re gonna go out and play all the fairs and festivals and continue to tour around the world, and play our guitars.

See Drake and his band The Big Fire on tour in the UK this October:

Watch the video for Girl In Pieces from Drake’s new EP Pieces, which is out now, below: